Huckerby fires back at Mills 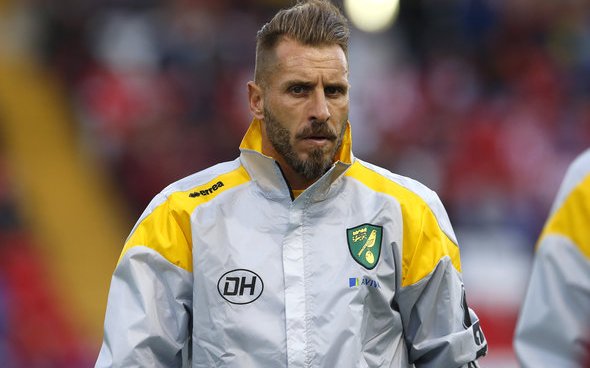 Former Newcastle United striker Darren Huckerby has hit back at Danny Mills for suggesting that the club’s supporters have expectations of a top six finish.

The former England international appeared on talkSPORT on Wednesday and continued the bizarre narrative that the Toon Army have unrealistic expectations for their club.

Huckerby, though, hit back as he took aim at the former Leeds United man: “Not sure Newcastle fans are expecting top 6, they just want a[n] owner who cares about the club, wants to progress it forward and not bleed the club dry!,” he wrote on his personal Twitter account. 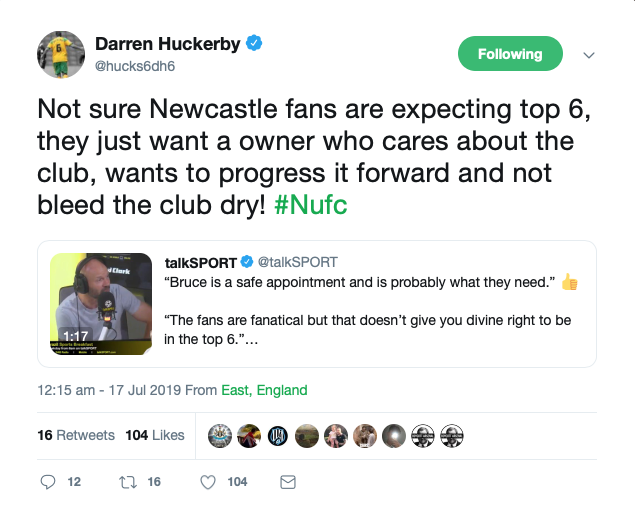 Huckerby is likely speaking for the majority of the Newcastle fans, here. In recent years there seems to have been a narrative built up in the media that the Magpies faithful are expecting their club to be competing for European football every season. However, that’s simply not the case. They are a realistic bunch in the north east. They know that their beloved football club is hamstrung by an apathetic owner who refuses to significantly invest in the transfer market, the training ground or the stadium. The result is that a world class manager has had to fight tooth and nail just to keep the Magpies above water in recent years. Now he’s gone, is Steve Bruce really going to be the man to help progress the team forward? There’s no Newcastle fan who feels their team have a divine right to be in the top six, as Mills says, they simply want to see a bit of ambition from those at the top of the club. Unfortunately, until Mike Ashley sells, that simply isn’t going to happen.