Newcastle United are down in the dumps right now, with certain players who should be nowhere near the squad being given the chance to impress new manager Steve Bruce.

Players such as Jack Colback and Achraf Lazaar are currently in China competing in the Premier League Asia Trophy, despite the fact they both spent the majority of last season struggling to make an impact in the Championship.

Those types of players need to be shown the exit door, with Bruce surely needing a clear out to bring in some fresh faces through the door at St James’ Park, to partner some of his better-performing squad members that include Fabian Schar and Martin Dubravka.

On top of the fringe players in the squad, certain players didn’t perform to the top of their ability last season in the Newcastle shirt, one of those being experienced defender Federico Fernandez.

Calciomercato have reported that Serie A giants AC Milan are considering a move for the 30-year-old, who have made it their priority to strengthen their backline for next season.

Bruce must surely be considering showing the exit door to Fernandez, who has already admitted to the BBC that he understands the fans’ frustration over the appointment of the 58-year-old.

When comparing Fernandez’s stats to his defensive teammates Jamaal Lascelles and Fabian Schar via WhoScored, it is clear to see that the Magpies could cope with the Argentine. 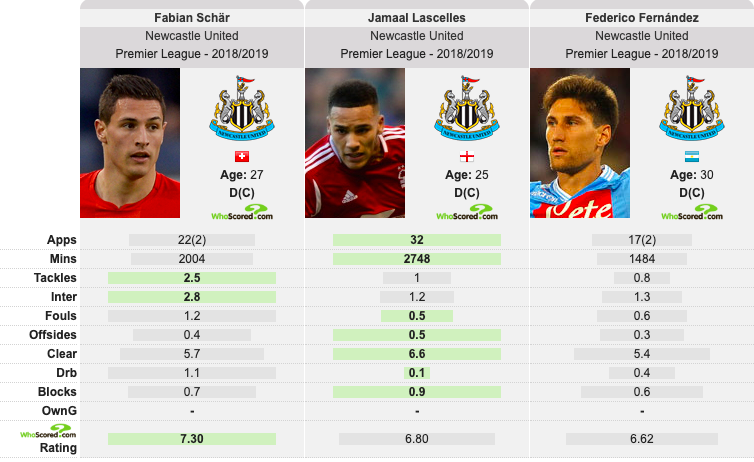 From one glance, you can pick out that the 30-year-old was outperformed in every defensive aspect by at least one of his partners. Schar outscores the Argentine in terms of tackles and interceptions averaged throughout the campaign.

Should AC Milan come knocking then Newcastle should show Fernandez the exit door, with the possibility to use any money gained to partially fund a move for a younger defender with much more desire.