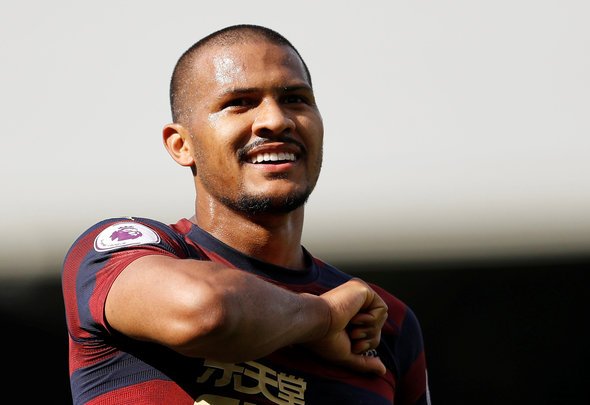 Salomon Rondon has sent a message to Newcastle United and West Brom fans after it was confirmed on Friday that he has completed a move to Chinese Super League club Dalian Yifeng.

Rondon, 29, made 120 appearances and scored 28 goals during his spell at The Hawthorns, which also included a season-long loan stint at Newcastle last term, in which he scored 12 goals in 37 total appearances.

The Venezuela international won Newcastle’s player of the season award but the club failed to re-sign the target man, who has now reunited with Rafa Benitez in China.

After the move was confirmed by West Brom’s official Twitter account on Friday, Rondon took to social media to thank the supporters of Newcastle and West Brom.

“Today is the end of an incredible spell for me in the Premier League. During these past four seasons, I’ve seen my dreams come true, like scoring in some of the greatest stadiums in the world or hearing some of the most loyal supporters chanting my name,” he said via his personal Twitter account.

“In my final year I was extremely lucky to be part of a very special club, where I really felt loved by the supporters and after putting in a lot of effort, I enjoyed one of my best seasons on an individual level and we achieved a good outcome as a team. Being Newcastle’s number nine s certainly an hour that’ll always stay with me.

“I also feel very grateful to WBA for the affection from every single Baggie right from day one and for the opportunity the club gave me by bringing me to English football, which I today say goodbye to whilst knowing that the future in this sport is unpredictable and full of adventure.”

Time to take on a new challenge, thanks for your support!! pic.twitter.com/QX6wsqGo5q

Rondon has been such a class act during his time in England and although it’s a shame that Newcastle have missed out on signing the 29-year-old, it’s kind of nice to know that he won’t be playing against the Magpies next season and scoring against them. Rondon will be criticised for moving to China, especially as last season was his most productive in English football. However the Venezuelan clearly gets along well with Benitez, who in turns knows how to get the best out of the former Malaga centre-forward. Although he’s going to be thousands of miles away now, it’s better that than him turning out for West Ham or Wolves in the Premier League next term and showing how bad a decision it was of Mike Ashley’s to not let Benitez re-sign the forward. Not being able to sign Rondon permanently must have been one of the biggest reasons why Benitez left St James’ Park.