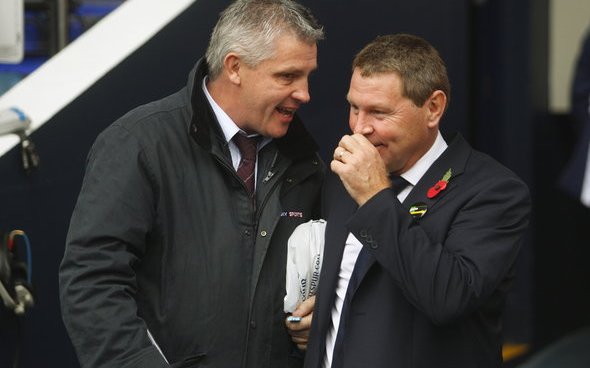 Nobody on Tyneside is under any illusions that Newcastle United have one of the finest squads in the Premier League.

“I believe that we have better players than Newcastle do,” he wrote in his column on Fulham’s official website. “In my opinion, we’ve got a stronger squad than them.”

Obviously Gale is extremely biased, but even he is stretching the realms of possibility here. How can anyone who has watched the two teams this season seriously say that Fulham have a better squad than Newcastle? They’ll be laughing out loud on Tyneside at the moment.

It’s just a bizarre take from Gale. The Cottagers have some talented players like Aleksandar Mitrovic and Ryan Sessegnon, but they arguably have the most lopsided squad in the division.

All their strength is in the attacking areas, their defence has been absolutely woeful all season long. Newcastle, on the other hand, have a much more balanced group of players.

Yes, Fulham may have a few more flair players, but the Magpies are superior in almost every area to Scott Parker’s side, particularly in defence where they are streets ahead of them.

So for Gale to write that the Cottagers have a better squad than Rafael Benitez’s side with a straight face is quite something. He needs his head checking if he truly believes that’s the case.

We’re all entitled to our opinions, of course, but this just stinks of ex-player bias from Gale. He might want to think twice next time before he makes such an outlandish claim.