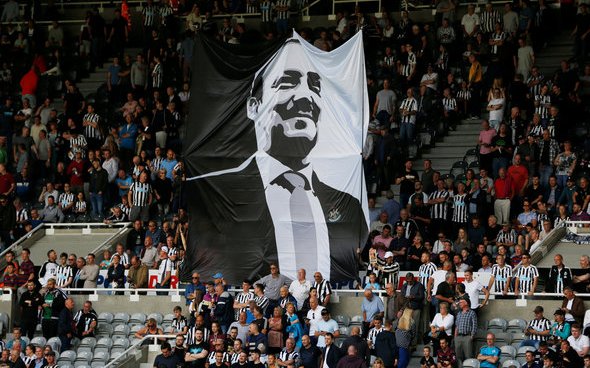 Newcastle United welcome Brighton to St. James’ Park on Saturday as they go in search of their first win in the Premier League this season.

The Magpies looked like they were on course to secure their first three points of the campaign as they took a surprise 2-0 lead over Manchester United last time out, but a late collapse saw them come away with nothing.

The visit of the Seagulls is a brilliant chance for them to finally secure that win, although it will not be easy, with Chris Hughton’s side securing some decent results so far this season.

As always, the Toon Army will have a huge role to play at St. James’ Park, but remarks from Brighton veteran Bruno have ramped things up a notch ahead of the weekend.

Speaking to the club’s official website, Bruno said: “They’re going to start the game very fast and we have to try to control the pace. Their fans will be behind them, but if they don’t play well, they’re going to be on them.

“Their intensity could be really high, but if we start well, the fans could turn and it’s always tough to play without that confidence. We can take advantage of that.”

Bruno obviously expects that a poor start from Newcastle will see the pressure amped up inside the stadium, especially if the Seagulls were to take an early lead.

And, while many supporters may indeed become frustrated if that happens, it is important that fans do not get on the team’s back too early.

Should that happen, then the Magpies will be far less likely to be able to come back into the game, with their confidence set to be totally drained.

Having the crowd totally behind them for the whole 90 minutes will be a huge boost for a struggling squad, and fans must make sure that happens on Saturday.

During tough times like these everyone must pull together, and if they do, then Newcastle will surely end that dismal run this weekend.