Newcastle must swoop for King 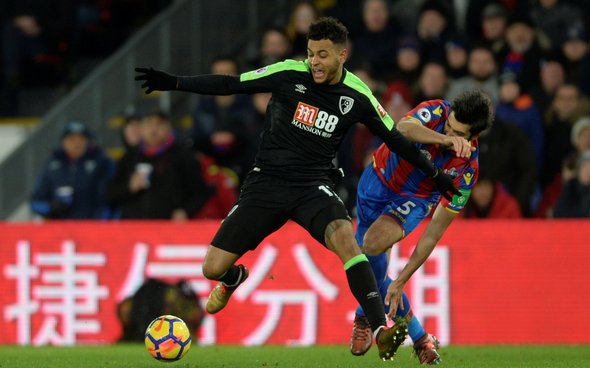 Newcastle United must ensure that Joshua King arrives at St James Park this summer as not only will it keep Rafa Benitez happy, the forward will be the ideal new No.9 for the club.

The Sun previously exclusively reported in April that the 26-year-old was the top target when it came to Benitez searching for a No.9 to fire the Magpies up the league next season.

The national newspaper claimed that the Magpies manager believed that King’s understanding of the game alongside his impressive pace and power would bring what he was looking for to the club.

It was claimed that the forward, who scored nine goals across all competitions for the Cherries in the recently concluded season, was rated as being worth £20million and could be tempted with a move up north if the deal was right.

Benitez was right to have King on the top of his shortlist as the 26-year-old would not only be an instant smash at St James Park, he will get better from working under the magical manager.

The centre-forward, who can also be used as a secondary striker or a left winger, continually improved as the 2017/18 season went on and showed all the signs in his 34 appearances that he could do a job at St James Park if recruited.

With the Spanish manager still on the hunt for a forward, apparently he has a 50-man shortlist in his pocket as reported by the Chronicle, King still looks one of the best options he can take.

As £20million isn’t an absurd amount to spend and he comes with Premier League experience so he will be able to hit the ground running.

Also while the Magpies may be confident, as stated by the Mail,that Benitez will sign a new contract until he does they should be bending over backwards to make him happy, and signing King would put a smile on his face no doubt.

Therefore King, who scored nine goals for the Premier League’s Bournemouth in the 2017/18 season, must be made the Magpies new No.9 this summer ahead of the new season.