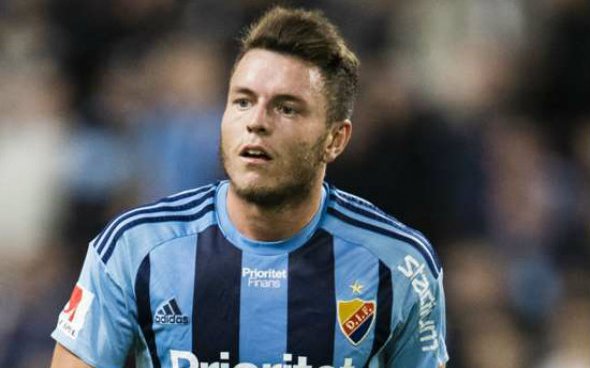 Newcastle United transfer target Kerim Mrabti may well have played his last game for Djurgardens as he demands a summer exit, according to Aftonbladet.

The Swedish newspaper report, as quoted by Sport Witness, that the 24-year-old striker believes he has done enough for the club to let him leave this summer.

Mrabti is quoted as saying: “Clearly, I have explained to Bosse [Djurgardens sporting director] that I have a chance to go abroad now. This is my fourth year here and I feel I’ve done a lot for the club.”

Belgian newspaper HLN previously reported that the Magpies had tabled a £1.2million offer for the forward in January, with Djurgardens now seeking £1.3million this summer.

Mrabti has shown little to suggest that he has what it takes to compete in the Premier League, with the 24-year-old forward having only played in Sweden so far in his career.

His figures in the Allsvenskan are not very impressive, and there seems to be little point in a Newcastle swoop for the three-time Sweden international.

Newcastle need a forward who can come in and guarantee them 15 goals next season, with the club already having several strikers who are not up to standard, with Mrabti merely set to add to that number.

As previously reported by HLN, Belgian sides Anderlecht and Club Brugge are both interested in the 24-year-old.

A move to Belgium would seem to make more sense for Mrabti, who needs to prove himself at a slightly higher level before contemplating a move to the Premier League.