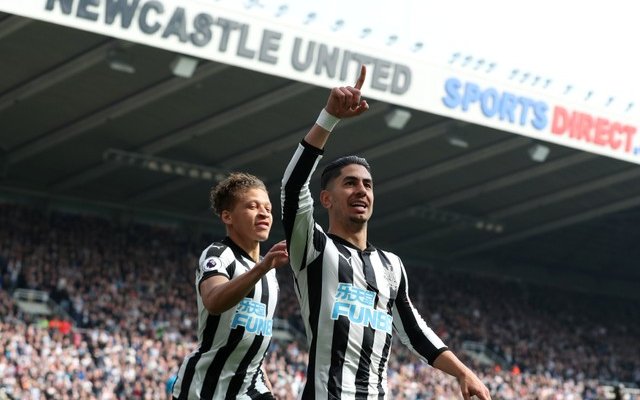 Newcastle once again displayed the fighting qualities that have lifted them to a position of safety in the Premier League after turning round a losing position to beat Arsenal and claim a fourth consecutive victory.

But the Magpies were forced to do it the hard way after Alexandre Lacazette superbly converted Pierre-Emerick Aubameyang’s cross at the Gallowgate to give the visitors a deserved lead in the 14th minute.

Falling behind seemed to spark a ponderous United into life and a wonderful passing move down the right resulted in Ayoze Perez deftly steering Deandre Yedlin’s cross beyond Petr Cech at the near post just before the half-hour for his third goal in as many games.

And with just over 22 minutes left to play, Matt Ritchie latched onto a header from substitute Islam Slimani before finishing past a helpless Cech, once again uprooting a corner flag in his celebration with the 52,210 supporters inside St James’ Park.

That victory pushed United over the 40-point mark set by Rafa Benitez at the beginning of the campaign and ensured Newcastle will be a Premier League club next season, also ending a 10-game losing sequence against the Gunners.