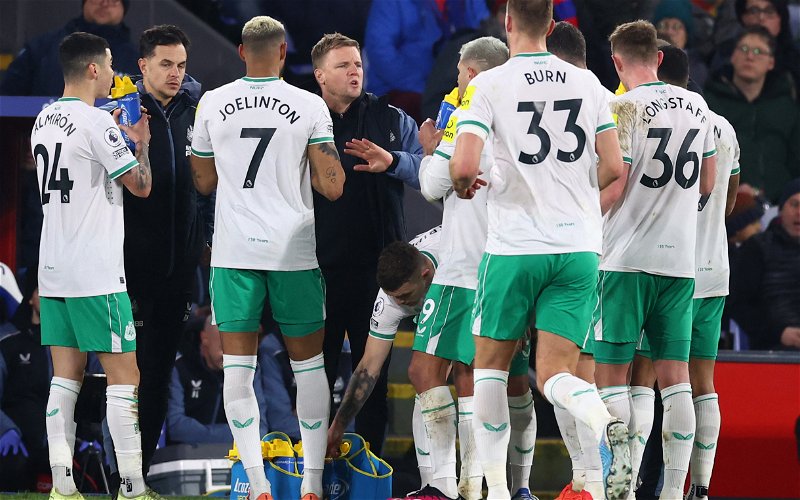 Eddie Howe admits he would like to bring in players between now and the end of the January transfer window.

Despite the fact Chris Wood has been allowed to leave the club, Newcastle are yet to sign a player this month.

While plenty of names have been linked, all the talk before the window suggested this would be a relatively low-key month in comparison to last year and then again in the summer.

Still, and while it’s difficult to be too downbeat given their campaign thus far, a lack of cutting edge has cost Newcastle in recent games. Indeed, points have been dropped to Leeds and Crystal Palace, despite having plenty of chances to win those particular games.

With Wood gone, Newcastle are a Callum Wilson injury (something that can hardly be discounted given his track-record) away from relying on solely Alexander Isak up front.

Then there’s the midfield. Again, while not to be too critical given the sterling work the current options have done this season, but an injury to Jonjo Shelvey has left Howe with just four players – Sean Longstaff, Joelinton, Bruno Guimaraes and Joe Willock – to fill what is usually three starting positions.

Over the course of a long season, that’s hardly a huge amount of depth.

It must be said, of course, that the January window is a notoriously difficult one in which to get value for money and that Newcastle are dealing with FFP concerns.

Still, it would be hugely disappointing to miss out on Champions League qualification or the Carabao Cup final because the squad is not deep enough.

What has Howe said about the January transfer window?

Speaking after Newcastle’s draw at Palace, Howe said (via The Chronicle): “As a manager, you always want more options. I’ve got no issue with the squad, strength or size.

“The point I was making yesterday was if we get injuries, we’d be very light. We’re keen to do business and keen to bring a player that can hopefully help us but as we know in this window, there are no guarantees that will happen.”

Who have Newcastle been linked with recently? 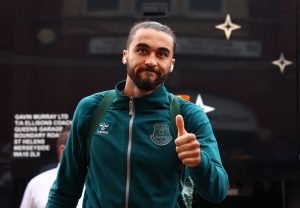 According to The Daily Telegraph‘s Luke Edwards, Everton’s Dominic Calvert-Lewin is a “long-standing target”, along with teammate Anthony Gordon, who was also of interest in the summer.

They, along with Hakim Ziyech, Ruben Loftus-Cheek and Conor Gallagher of Chelsea, are said to be “irons in [the] fire” during what remains of this month’s window.