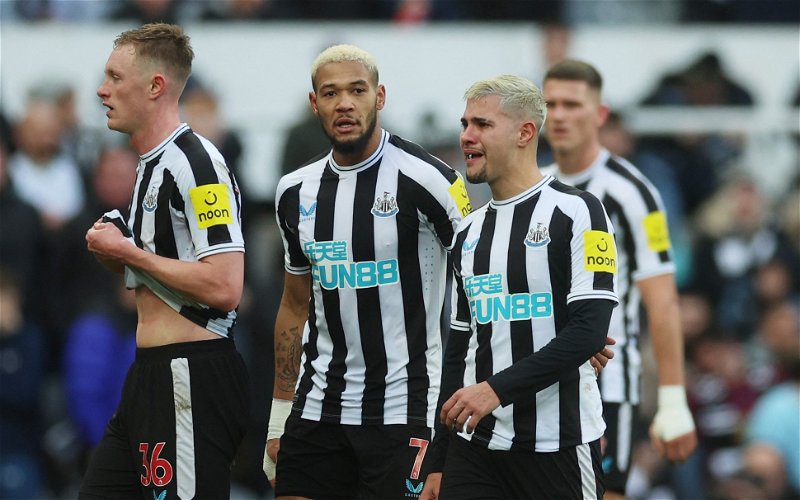 Bruno Guimaraes’ injury is not as bad as first feared, according to Sky Sports.

The midfielder, so crucial to how Eddie Howe’s team operates, was forced off in some discomfort at half-time in the dramatic win over Fulham on Sunday.

In tears as he exited the field, the sight of Guimaraes so emotional after rolling his ankle would surely have sparked major fears across the club and its supporters as to his long-term fitness.

Newcastle have a Carabao Cup semi-final in which they are strong favourites to win on the horizon and remain on course to qualify for the Champions League.

Losing a player of his importance, particularly in an area of the squad not exactly blessed with options, would clearly have been a major blow.

When could Guimaraes return for Newcastle?

Still, despite the worry, the Sky report should allay fears somewhat.

Indeed, they claim a scan on Guimaraes’ ankle showed he had not suffered any ligament damage, meaning his stint on the sidelines will likely be a short-term one.

While the Brazil international will seemingly miss Saturday’s trip to Crystal Palace, there is a hope he will be available for Tuesday’s visit to Southampton in the first leg of the semi-final. 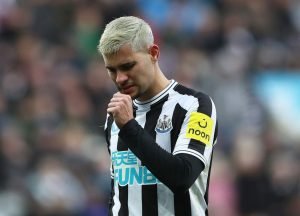 Clearly, a huge one.

Only Kieran Trippier has registered more assists (4 to 3) than the Brazilian in the Newcastle squad, while just Miguel Almiron and Callum Wilson have scored more than Guimaraes’ three goals this season.

Such is his level of importance to the cause, it almost seems churlish to reduce the midfielder to only goal contributions too.

As per WhoScored data, the former Lyon man averages the second-highest number of key passes per game (1.1) in Howe’s squad, as well as ranking in the top four players for tackles (2.4) and interceptions (1.3) over the same period.

An all-action presence in the middle of the park, his importance simply cannot be understated.