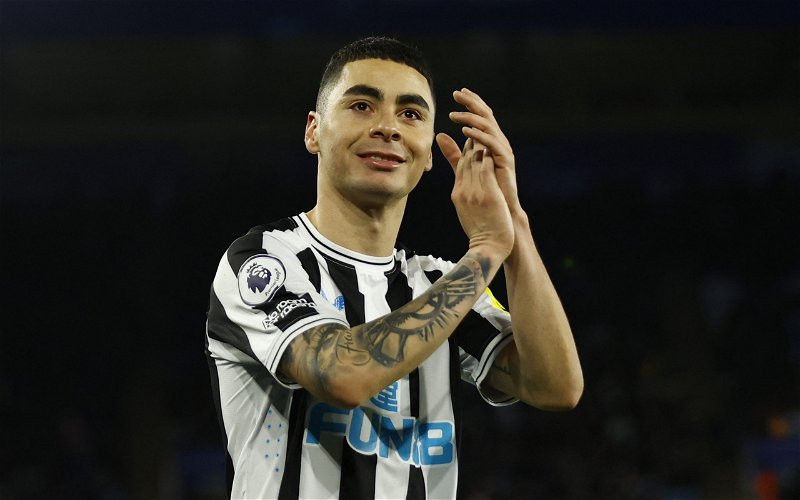 Newcastle United are set to discuss a new contract with Miguel Almiron, according to Fabrizio Romano.

The 28-year-old scored his ninth goal of the season at Leicester on Boxing Day, showing no signs of slowing down even despite the World Cup break.

Currently under contract until the summer of 2024, Almiron and his representatives are surely going to want rewarding soon. That is only natural for a player approaching 30 and showing perhaps his best-ever form, particularly one playing for a club with huge resources.

Indeed, the former Atlanta United star’s agent has previously been rather outspoken about his client’s future on Tyneside. In the summer of 2020, Daniel Campo credited Atletico Madrid with an interest and, while that is the job of an agent, it’s not hard to imagine other clubs being keen on an Almiron in this kind of form.

Should Newcastle reward Almiron with a new contract? 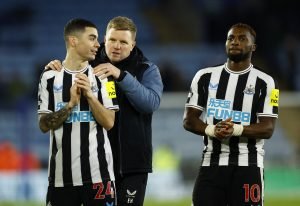 While there may be a temptation to sell a player approaching 30 in this kind of form, Almiron has been such a huge part of the turnaround under Eddie Howe it would be a shame to see him depart.

Able to operate in a number of positions too, he’s certainly a useful option even if his current hot-streak comes to an end. Liberated as a No.10 under Steve Bruce and – perhaps more pertinently – Graeme Jones, there would appear to be so much more to come.

What has Eddie Howe said about Almiron’s future?

Speaking in October, Howe said (via the Shields Gazette):”Miggy’s someone I’ve said every week how much I love him and respect him, but I don’t think any conversations have started between the club or his representatives.”