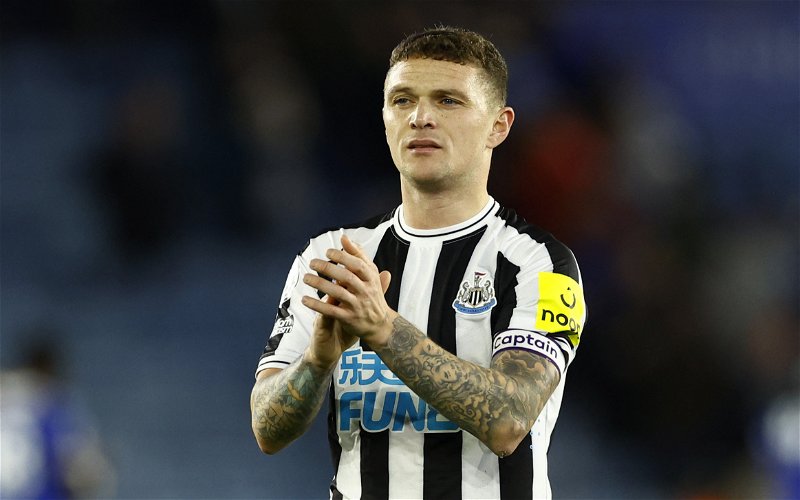 The England international was the first signing of the club’s new era, swapping Champions League football at Atletico Madrid for a relegation fight with Newcastle.

A player to have appeared in European finals for both club and country, Trippier was accused of joining Eddie Howe’s side for the money. After all, the controversial nature of the takeover made the club unpopular and, frankly, Newcastle were staring down the barrel of yet another season in the Championship at the time.

Well, fans will need little reminding of how it’s gone since. Arguably Newcastle’s most important player, Trippier has helped raise the standards behind the scenes, replacing Jamaal Lascelles as the on-field captain.

A statement signing in every sense of the word.

What has Trippier said about his move to Newcastle? 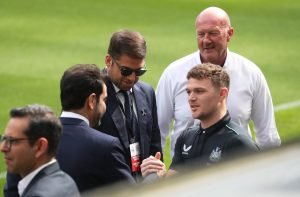 Speaking to The Independent, the 32-year-old said: “I think I said it on the first day I signed, I want to help the club.

“I came when they were 19th in the league and got questioned about that, but I believed and have believed throughout my whole career.

“I believed that I could help them stay up – not just me, of course. But it is about building. We are high up at the moment but the Premier League is relentless so you’ve got to keep your feet on the ground.”

How important is Trippier to Newcastle?

On the pitch, few will forget his stunning goals against Everton and Aston Villa not long after signing as Howe’s team pushed up through the Premier League to begin their remarkable turnaround.

This season, WhoScored data notes Trippier leads the way in the squad for key passes per game (2.4), as well as assists (4). From a defensive point of view, no one in black and white averages more interceptions per game (1.5) and only Bruno Guimaraes and Joelinton contribute more tackles over the same period (2).

Away from the tangible concepts that are numbers, Howe has frequently praised Trippier for his leadership qualities. For a reported £12m, it’s hard to look past him as the best signing Newcastle could have made.