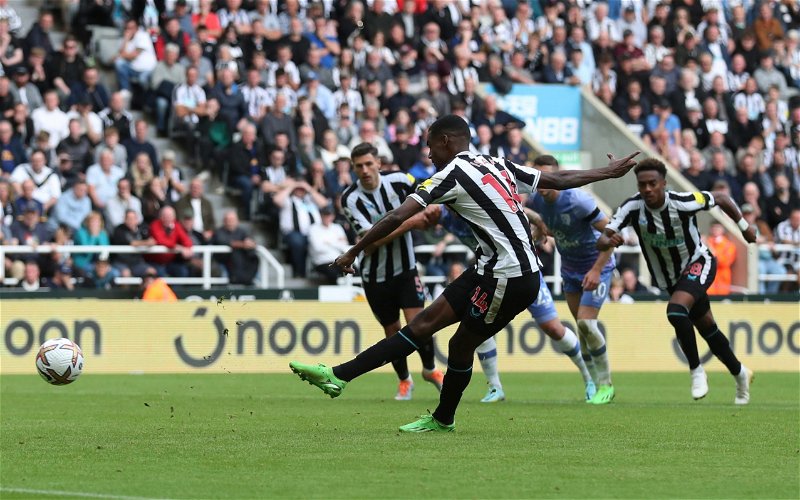 Eddie Howe views Alexander Isak’s primary position as a centre-forward, according to The Athletic.

The Swedish international has been injured since September, depriving Newcastle of their club-record signing, made all the more galling by Isak’s strong start.

The £60m man has scored two in three since his move from Real Sociedad and was even unlucky to have seen a second goal against Liverpool on his debut ruled out due to a marginal offside call.

Callum Wilson’s return to action and the form of Miguel Almiron has obviously helped soften the blow of losing both Isak and Allan Saint-Maximin for an extended period of time, although how sustainable that is remains to be seen. To expect Wilson to keep fit for a whole season seems unwise, while Almiron surely cannot keep scoring in every game he plays.

Still, when everyone is fit and available, Howe does have a selection dilemma. Having largely deployed a 4-3-3 since his appointment as Steve Bruce’s replacement, it’s difficult to see how all four attackers mentioned fit into the same system.

There is of course the option of playing Isak wide alongside Wilson (pushing one of Almiron or Saint-Maximin out) but the report suggests Howe sees the 23-year-old as a central striker.

Should Isak play wide of Wilson?

While it is of course tempting to get all of the big name attackers into one team, it would go against what Howe has built so far.

Newcastle’s defensive record has been the bedrock of success and to tinker too much to try and get two big name strikers would seem like disrupting the balance. 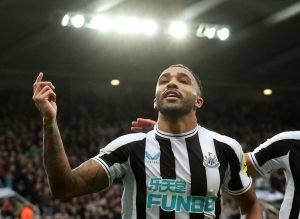 Over the course of his career, Transfermarkt‘s positional data notes Isak has played as a winger on only four occasions, as opposed to 207 times as a forward. To spend such big money on a player and then play him relatively out of position while potentially damaging the defensive balance of the team to have taken them so far does not seem in keeping with the sensible approach Howe has undertaken thus far.

Given Wilson’s injury record and the advent of five substitutions, Newcastle could be better suited only playing one.

What has Wilson said about Isak?

The Athletic quote Wilson as saying: “There’s competition now, so everyone’s on their toes.

“Whereas before you could have been thinking, ‘I’ll start every week’. You could get complacent, to just relax. That’s not the case now.”