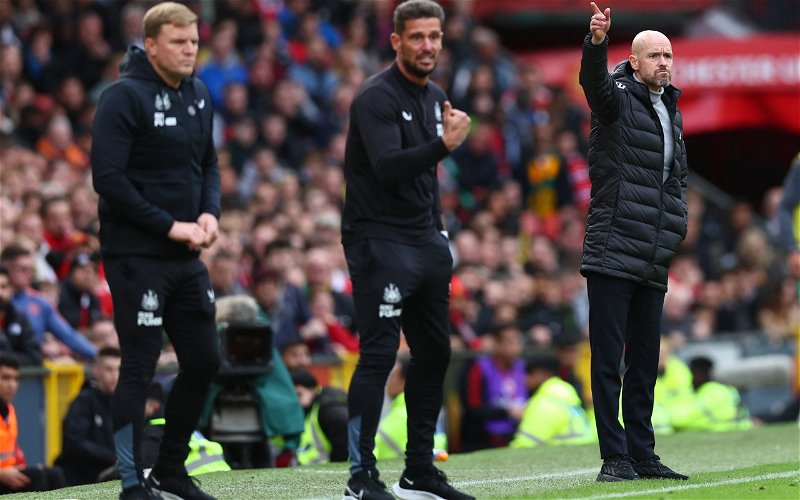 The unpopular Glazer family last month announced they would consider a sale of the club they bought back in 2005.

Given the size of Manchester United, plenty have been linked with a takeover, from technology giants Apple to even Newcastle’s owners, PIF.

Since their takeover, Newcastle have flown up the Premier League and now offer stern competition to the top four. Indeed, while these are still early days and there’s still the second half of the season to go, Eddie Howe’s side sit third and could feasibly reach the Champions League during their first full season under Saudi ownership.

While the upcoming January transfer window is expected to be a relatively understated one, the future is very bright for Newcastle and other top teams are starting to take notice.

What has ten Hag said about Newcastle?

Speaking about his own club’s potential takeover, ten Hag said (via BBC Sport): “There’s a change in circumstances when you compare [the Premier League] with five or 10 years ago.

“The competition is much tougher. 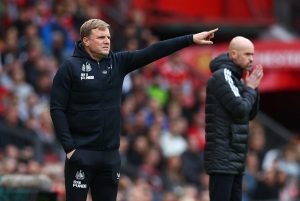 “Newcastle are coming, even West Ham, maybe not now in the table but they have huge investment. Spurs definitely and I don’t need to talk about City and Liverpool or Chelsea. You can quickly count seven or eight clubs that can compete in this league.

“It’s also about strategy not just money. But it’s clear that when you don’t have the right players and quality players you will not be successful and achieve the targets you set.”

What has been said about PIF and Manchester United?

While obviously a far-fetched suggestion at the very best, CBS Sports journalist Ben Jacobs insisted there was no chance PIF could sell Newcastle in order to buy Manchester United.

“There is no possibility PIF will ditch Newcastle to try and buy #MUFC,” he wrote.

“Saudi Sports Minister Prince Abdulaziz bin Turki Al-Faisal has said any KSA interest would come from the private sector. Should it materialise it will then be ‘supported’ by government entities.”