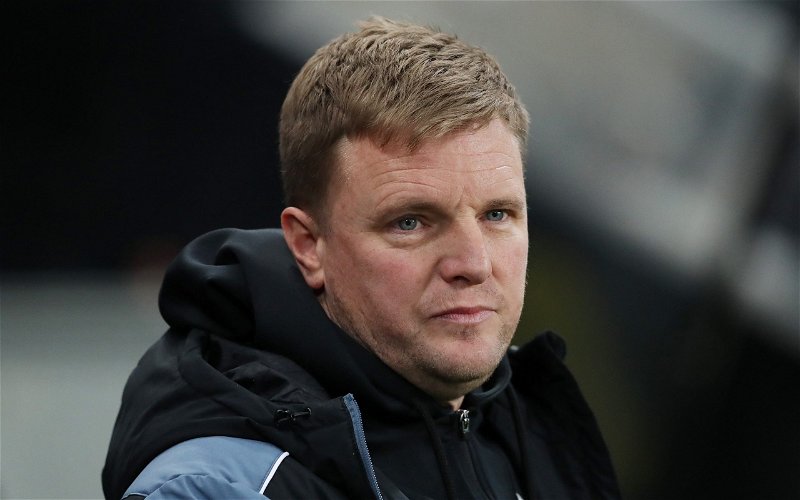 Eddie Howe admits Newcastle were not at their “best” during Tuesday night’s win over Bournemouth.

While it was far from a vintage performance, Newcastle squeezed into the Carabao Cup quarter-finals thanks to Adam Smith’s own goal in the second-half.

Miguel Almiron should have put the hosts ahead in the opening 45 minutes and Callum Wilson was unlucky to have a goal ruled out but, while hardly riveting, Howe’s side got the job done on their return to domestic action.

Fielding a strong side and able to play Allan Saint-Maximin despite a recent injury concern, 90 minutes of competitive action should go some way into preparing the team for the resumption of the Premier League.

Newcastle travel to Leicester on Boxing Day looking to keep their Champions League push going and will surely need to improve on Tuesday night’s performance, albeit perhaps drawing many definitive conclusions from their first game back is somewhat unwise.

What did Howe say of the win over Bournemouth?

Speaking after the game, the head coach said (via Lee Ryder): “We were not at our fluent best, but I don’t think we ever were going to be just because of the build-up to the game.

“I thought Bournemouth made it very difficult for us, very good defensively.” 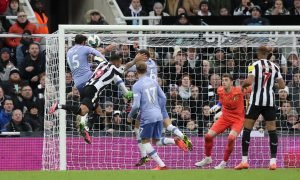 When is the Carabao Cup quarter-final draw?

The draw for the Carabao Cup will take place after Manchester City’s clash with Liverpool on Thursday December 2022.

The winner of that tie will obviously remain in the hat alongside the victors of Blackburn Rovers vs Nottingham Forest, Charlton vs Brighton and Manchester United vs Burnley.

Leicester, Southampton and Wolves all booked their places in the final eight alongside Newcastle on Tuesday night.