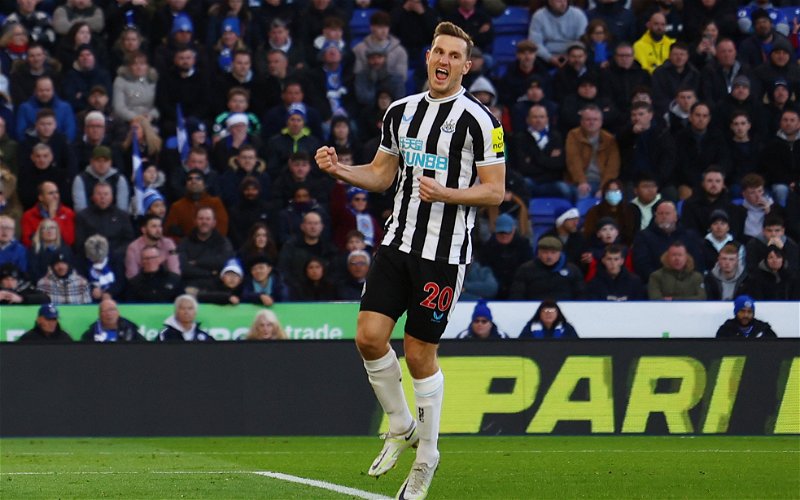 Chris Wood has told Newcastle United fans to “go on and dream” after Eddie Howe’s side went second in the Premier League on Boxing Day.

The New Zealand international opened the scoring as Newcastle beat Leicester 3-0 to make a statement upon their return from the World Cup.

That’s now two goals in three League outings for the former Burnley striker, who is a player noted for his streakiness.

Indeed, with Callum Wilson ill and Alexander Isak still injured, to win by such a convincing margin says so much about the confidence with which Howe’s team are playing at the moment.

Wood hasn’t always convinced in front of goal but a thumping penalty set Newcastle on their way and the team will almost certainly need him going forward given the fitness problems Howe’s other strikers have endured this season.

What did Wood say after Newcastle beat Leicester?

Speaking to Amazon Prime Video (via the club’s official website) after the game, Wood said: “It’s way too early to even be thinking about that [winning the Premier League].

“They can go on and dream. They’re enjoying it and we just want to put on a show for them and show what we can do.”

How far can Newcastle go this season? 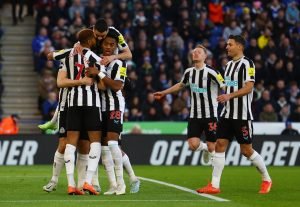 The sky is the limit.

No team in the Premier League has lost fewer games than Newcastle, while they continue to boast the meanest defence in the division. As the old adage goes, a strong backline is what wins top teams League titles, so the level of their form can hardly be sniffed at.

That’s not to suggest Newcastle will win the Premier League, it’s just that the foundations are so solid, it would take an almighty collapse not to finish in the top six and qualify for European football in at least some capacity.

More impressively, they are now seven points clear of Manchester United (who do have a game in hand) and eight above a Liverpool team on the same number of games, while also having traveled to Old Trafford and Anfield already.