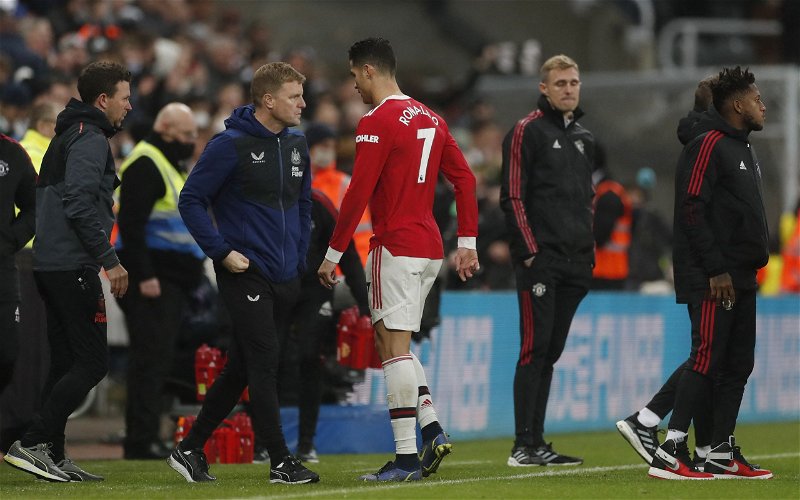 Cristiano Ronaldo is expected to sign a deal worth in the region of £208m-per-year with Saudi Arabian club Al-Nassr, sources have told Nothing but Newcastle.

While the idea of Newcastle moving for Ronaldo following his release from Manchester United has been shot down by the likes of Fabrizio Romano, it’s difficult to ignore the links, namely from Portuguese outlet Record (via Sport Witness), who claimed the 37-year-old was studying an offer from St James’ Park.

Even former teammate Roy Keane jokingly suggested Tyneside as a destination after his exit from Old Trafford.

Marca (via The Sun), meanwhile, suggested the Portugal great was “torn between” Newcastle and the Saudi-based outfit.

Still, sources have told NBN there is a growing confidence in Saudi Arabia that Ronaldo will join the club, having rejected a mammoth offer over the course of the summer.

At this stage in his career, bringing Ronaldo to Newcastle would make little sense.

Praised for their recruitment work since the takeover, the idea of turning to a fading superstar reportedly on wages well above what anybody is paid at St James’ Park seems like the complete opposite to the policy deployed thus far.

Indeed, the circus that comes with Ronaldo is well-documented and surely it could prove detrimental to the team ethic Eddie Howe and his staff have fostered thus far. 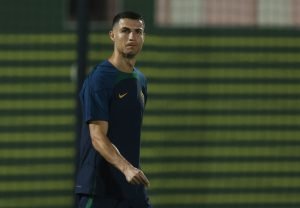 What have Saudi Arabia said about Ronaldo?

“It would benefit the league, the sports eco-system in Saudi and it will inspire the youth for the future. He’s a role model to a lot of kids and has a big fanbase in Saudi.”