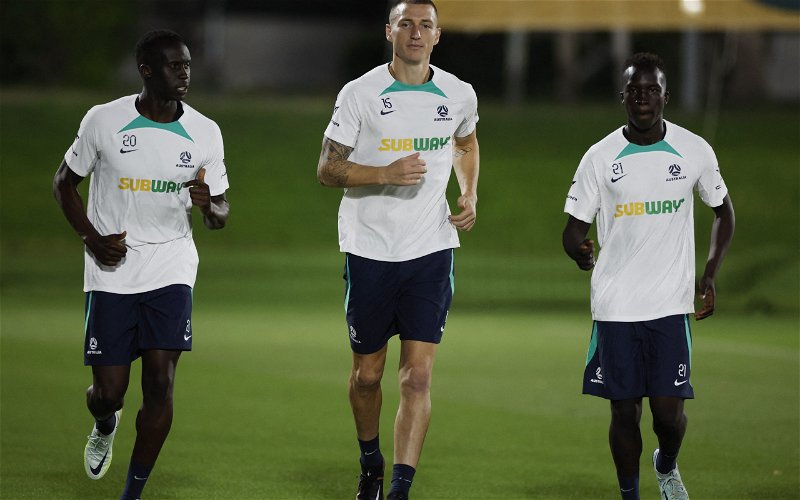 Dwight Yorke hailed incoming Newcastle United forward Garang Kuol as “an exciting talent” as the forward prepares to jet off with Australia for the World Cup.

The teenager will officially sign for Newcastle in January after a rapid-fire rise to prominence.

At only 18, Koul has been included in the Socceroos’ squad for the 2022 World Cup in Qatar, having played only 13 times for the A-League side. Those appearances have yielded six goals and three assists, two of the former coming against Yorke’s Macarthur FC.

Koul was only brought on in the second-half but won a penalty before the teenager added a brilliant second. While the Mariners eventually lost the game, it was certainly a performance that underlined his status in Australian football and perhaps an indicator as to why he’s been chosen for the tournament in Qatar.

What has been said about Kuol?

Speaking to reporters after the game (via the Press Association), former Manchester United striker Yorke said:“[He] singlehandedly changed the game for them.

“He’s been doing it for the past two games and you can see why he’s an exciting talent.”

What do Newcastle plan to do with their new signing?

Before the player’s arrival, the Sydney Morning Herald suggested the youngster would be loaned out to a Portuguese side as he waited to earn a UK work permit.

According to the Daily Mail, meanwhile, there’s even a chance Newcastle could consider keeping the teenage forward, should he impress at this winter’s World Cup.