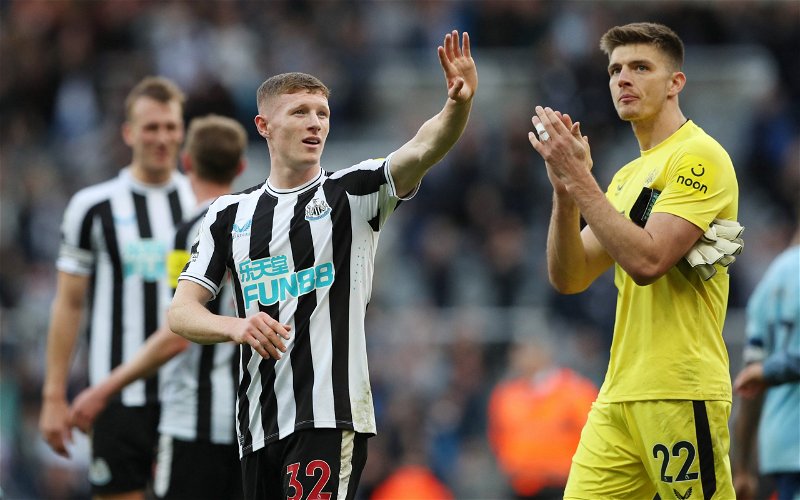 Elliot Anderson is aiming to make a significant breakthrough in the second-half of the season at Newcastle.

After impressing over the course of preseason, Eddie Howe took the decision to keep the 20-year-old in favour of sending him back on loan.

During a temporary stint at Bristol Rovers last season, the Scotland U21 international scored eight goals and registered a further five assists in 21 games, playing a major role in their dramatic promotion from League Two.

As such, that kind of form reportedly interest from elsewhere, though Anderson had clearly done enough to convince Howe to keep him on Tyneside.

Still, such has been Newcastle’s form, the academy graduate has not had much a look-in thus far. While the midfielder has made seven appearances, none of those have come from the start.

What has Anderson said about his game time?

Speaking to the club’s official website, Anderson said: “I’ve been coming in off the bench but that’s not where I want to be.

“I want to be in the starting XI. I’m still working every week to try and get more minutes and hopefully push my way through to achieve that.

“Coming in every day to train and living in Newcastle is great but I want to be playing more. I’m just missing that one feeling of being involved in the team every week and have that feeling of being a big player.” 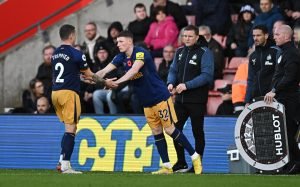 Is Anderson likely to get more game time after the World Cup?

Frankly, it’s difficult to see how that could be the case.

While that is not a slight on Anderson as a player, Howe’s options in midfield look too strong as things stand. Joe Willock scored in his last two appearances before the World Cup, while Sean Longstaff has been talked up by the head coach. With Jonjo Shelvey now back in action and Joelinton also remaining a key player, the midfield looks strong before even taking into account reported plans to sign a new defensive option.

In attack, Allan Saint-Maximin and Alexander Isak are expected back in full flow after the World Cup, limiting space up front.

Clearly, the future is bright for Anderson, but he does face a tough task to force his way into the team.