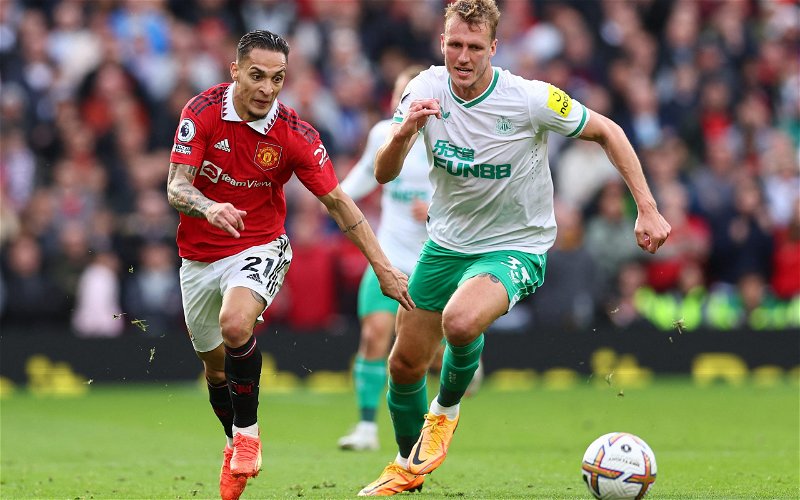 Former Newcastle United striker Louis Saha says “everything is possible” for the club and hailed the signing of Dan Burn.

While Newcastle chased the signings of Sven Botman and Diego Carlos in the January transfer window, it was Burn who eventually came into strengthen a central defence labelled as of a “Championship” standard by Jamie Carragher in October 2021.

At the time, the club had not signed a centre-back since the summer of 2018 and an awful lot fell on Burn to adapt quickly in the midst of a relegation battle.

For many onlookers from outside the club, the idea of moving for a Brighton player amid links with glamorous names playing in Europe might have seemed somewhat underwhelming but the 30-year-old has proven a masterstroke addition.

Even despite the eventual arrival of Botman and Matt Targett providing competition at left-back, Burn has started nine of ten Premier League games this season, as well as 16 of the 17 he was available for last time out.

Burn has arguably been Newcastle’s most proactive defender this season. WhoScored data notes, he is the defender who averages the most tackles (1.5) per game, while FBREF data shows he has made the highest number of pressing actions of a Newcastle centre-back in the middle (26) and attacking (9) third.

A key component in Eddie Howe’s side, the reported £13m spent on him looks a genuine bargain.

What has been said of Burn? 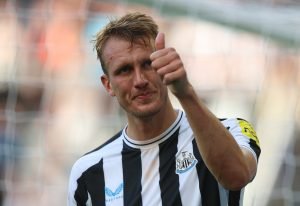 Speaking to BoyleSports EPL Bets, Saha said: “Everything is possible for Newcastle at the moment. They have an attractive way of playing but are also very solid at the back.

“Dan Burn has been a great signing, they’ve done really well. If Newcastle can maintain their form after the World Cup, they will do really well and will surprise many teams. If they achieve European football, it will be a great season, anything above would be fantastic.

“Any domestic cups would be good if they’re still in them. Newcastle is a club that can grow very fast, they showed some humility in the way they approached this season.”

What has Burn said of his move?

Speaking to talkSPORT last week, Burn admitted he thought his chance of representing the club he grew up supporting had gone after the takeover.

“It’s crazy that I’m playing for Newcastle to be honest.

“I never thought I’d get that opportunity. I remember, just at the back end of last year, I was walking the dog with my dad and as soon as the takeover happened I said ‘I doubt I’ll be able to play for Newcastle now’.

“A few months later, I was up here signing, so it’s crazy.”