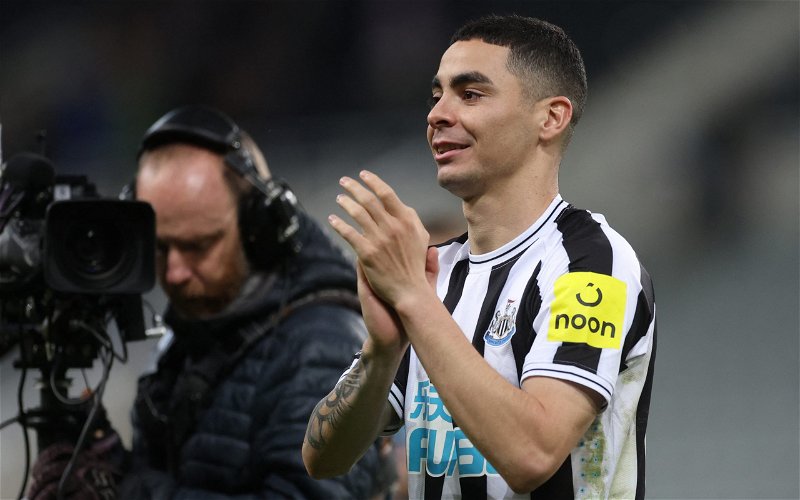 The 28-year-old hit five goals in a season for the first time since joining the club back in January 2019 by placing a brilliant curling effort past Jordan Pickford after around half an hour of Wednesday’s win over Everton.

The goal proved decisive. For the second time this season, the Paraguay international directly contributed to three points and has now moved alongside the likes of Gabriel Jesus, James Maddison and Wilfried Zaha on five goals for the season.

Such a prolific return from a player previously derided for his end product speaks to yet more improvement yielded by Eddie Howe.

For all the talk of expensive signings, it is the work he is doing with the players he inherited which speaks to what a good job the former Bournemouth boss is doing, with Almiron and Joelinton surely being the two prime examples.

What did Almiron say after his goal?

Speaking to BBC Sport after the game, Almiron said: “I am feeling very good because of the moment of the team and the momentum. I want to keep working hard to be in the same way.

“I think the confidence that the manager has given to me, I try to improve in every session. I have to thank my colleagues as they help me every day.

“It is always very special to score a goal at St James’ with these special fans. It is a shame I could not score in the second half but we managed to win the game.”