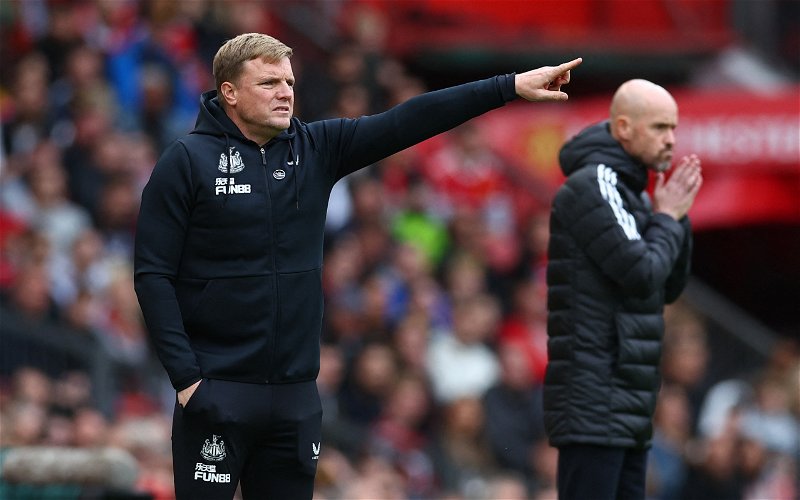 Eddie Howe has confirmed Allan Saint-Maximin could be missing “for a while” in a fresh blow to Newcastle.

Just as Newcastle looked to be moving out of the mini-injury crisis to have played a major part in the somewhat stop-start opening few weeks to the season, the problems are again starting to mount.

Both Saint-Maximin and Alexander Isak are believed to have suffered set-backs in their return from injuries, with neither playing a part in Sunday’s draw at Manchester United.

The Frenchman had only just made his comeback with a late cameo against Brentford but now faces another period on the sidelines. With Everton and Tottenham up next on the frantic agenda before the World Cup, it’s a big blow considering Isak’s injury too.

Despite failing to convince under Howe last season – so much so that he was linked away – Saint-Maximin appeared to be coming into form under the former Bournemouth boss. The 25-year-old was excellent in the 3-3 draw with Manchester City back in August and then scored a fantastic volley away at Wolves to ensure the team left with a point. 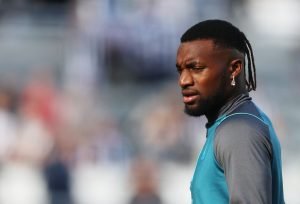 What did Howe say of Saint-Maximin?

As per Lee Ryder, Howe confirmed Saint-Maximin could be missing “for a while” after the draw at Old Trafford.

He also confirmed a recurrence of Isak’s thigh injury.

The Athletic, meanwhile, quote Howe as saying: “Maxi’s got a slight irritation with his hamstring. On its own, that would be a very small issue, probably a few days out.

“But because it’s the third time he has done it now, we’re going to have to be very careful with his return to play.”