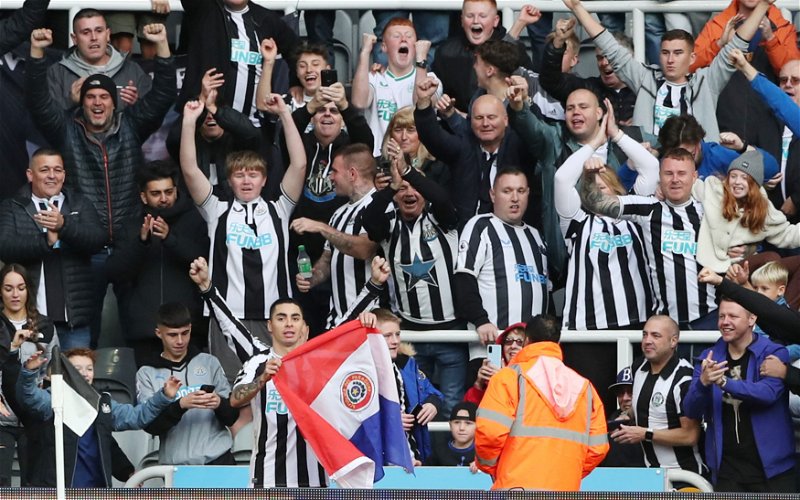 After Jack Grealish took the rather bizarre decision to publicly criticise the Paraguay international, Almiron has been in fine fettle all season.

One of the biggest beneficiaries of Eddie Howe’s appointment, as well as Newcastle’s struggle to sign a winger, the 28-year-old leads the way in Newcastle’s scoring charts, bagging four in nine Premier League appearances thus far.

Already, Almiron has equaled his most prolific-ever tally in black and white and looks energised under Howe, offering an end product that has often seemed to be beyond him since his move from Atlanta United in January 2019.

While arguably gifted his goal against Brentford, it was Almiron who pressed Ethan Pinnock into his mistake, with his energy crucial in forcing the error. That followed two goals at Fulham, including one stunning volley that spoke of a player playing with supreme confidence.

What did Burn say of Almiron?

Speaking to talkSPORT, Burn said: “I think that it’s a big confidence thing as well, particularly with players like Miggy [Almiron] who maybe wasn’t playing as well at the start of his career here.

“I think it’s that confidence and knowing that the manager has got that belief in you to go and do the things he’s doing.

Just how well is Almiron playing?

Goals will naturally dominate the headlines but it’s worth looking into some of Almiron’s underlying numbers to see just how important he is to the team.

According to FBREF data, he ranks amongst the leading 83% of wingers or attacking midfielders playing across Europe’s big five leagues over the past year for pressures (19.87), tackles (2.97) and interceptions (1.24) per game.

That kind of work-rate, coupled to an increase in his end product, makes Almiron a key player.