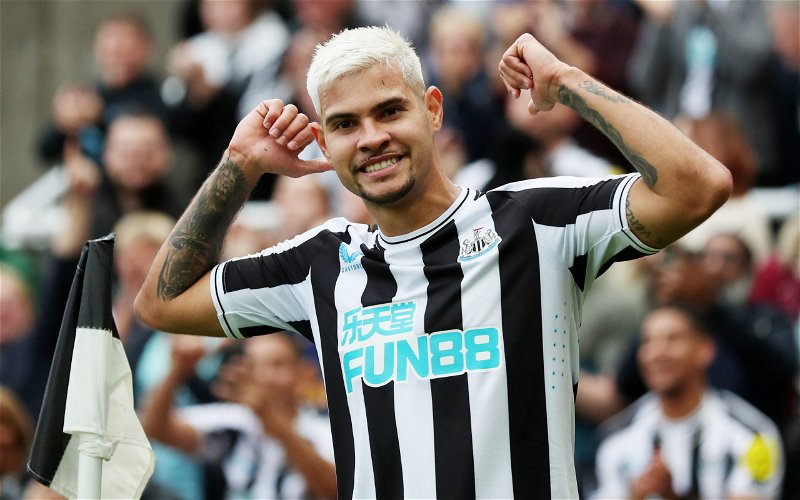 Following his brace against Brentford on Saturday, Guimaraes was the subject of a lengthy discussion on Monday Night Football as Keane and Jamie Carragher poured over his impressive stats.

The Newcastle star got the full treatment in the Sky studio, with Carragher explaining in detail the statistics behind the 24-year-old’s excellent start to life on Tyneside.

Hailed as a £40m bargain by Eddie Howe in the wake of Saturday’s 5-1 victory over Brentford, the praise continued to pour in for a player who has adapted to the rigours of Premier League football with aplomb since his January move from Lyon.

What did Keane say about Guimaraes?

Speaking to Monday Night Football, the Manchester United legend said: “What the really good players do, they affect games.

“He’s got that football intelligence.”

What are Guimaraes’ most impressive statistics?

Clearly, goals catch the eye but the underlying numbers highlighted by Sky make for pleasant reading.

This is a player capable of operating in tight spaces, one willing to win the ball back and drive forward, the kind of characteristics to make him a huge fan favourite.

At a reported £40m, it’s hard to think of a better signing Newcastle could have made.