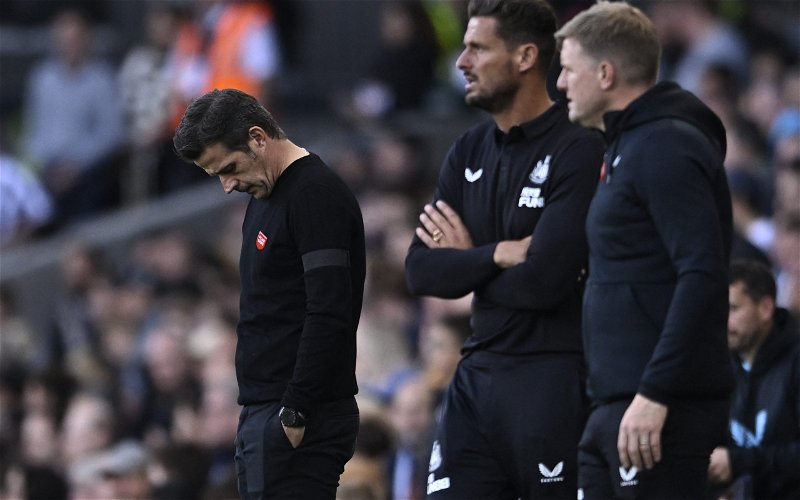 Fulham manager Marco Silva believes his side made it too easy for Newcastle United on Saturday even despite Nathaniel Chalobah’s early red card.

Eddie Howe’s side enjoyed a brilliant day out in the capital on a sunny afternoon at Craven Cottage, running out 4-1 winners to get their season back on track.

Even despite a number of injury concerns, Newcastle rarely looked troubled after Callum Wilson’s instinctive finish set them on their way, with Miguel Almiron scoring a brace and Sean Longstaff also getting on the scoresheet.

Granted, Chalobah’s early dismissal made life easier for the visitors, though the stats make for equally pleasant reading. According the Premier League’s official website, Howe’s team bossed 68.3% of the possession, had 10 shots on target and out-passed Fulham 605 to 281.

According to Understat‘s data, they could even have scored more, with the xG rating of the game actually 4.87 for Newcastle.

What did Silva say of the game?

Speaking to Fulham’s official website, Silva said: “I think our first half after the red card, was not on a level that it should be.

“Apart from the second goal, that combination and a great goal from Almiron, the way we let them create some chances, and the way we conceded two goals, too sloppy. 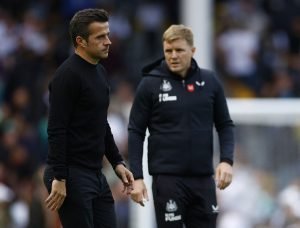 “We knew that with 10 players they will push us back, it’s normal, it’s difficult to press really high in those type of moments.

Who were the standout performers?

Clearly, Almiron’s brilliant goal takes many of the plaudits, but a special mention should go out to Joe Willock.

According to WhoScored, the midfielder had two shots on target, completed 94% of his passes, made four key passes and drew two fouls.

With Joelinton on the bench following an injury picked up against Bournemouth, Willock’s dynamism was crucial in the middle of the park.