Allan Saint-Maximin tipped for move to Liverpool or Manchester City 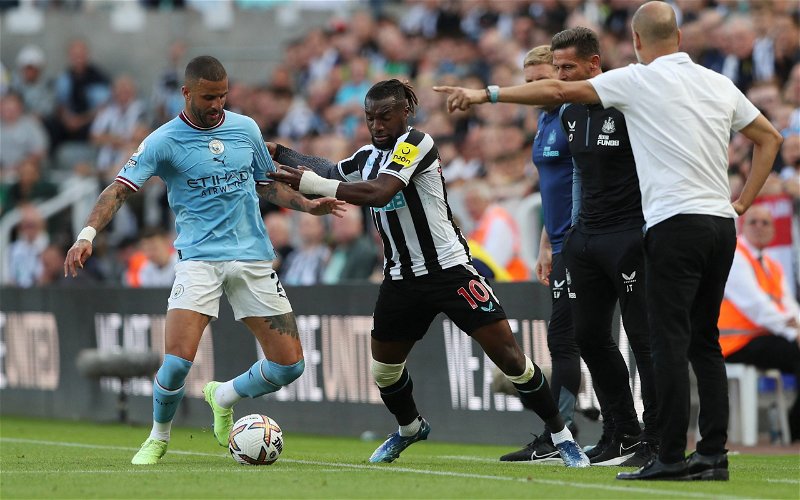 Former Newcastle United defender Jose Enrique has tipped Allan Saint-Maximin for a move to Liverpool or Manchester City should he deliver on a constant basis.

While currently injured, Saint-Maximin has finally started to convince under Eddie Howe. A shining light of the Steve Bruce era, the maverick Frenchman initially struggled to scale the heights he had done previously and was even linked with a move away from St James’ Park over the course of the summer.

Still, a fine performance against City, during which he set-up all three goals in a 3-3 thriller last month, proved the 25-year-old’s worth. The trip to Wolves the following weekend might have been slightly more disappointing on an all-round basis of course, though Saint-Maximin still came up trumps with a last-minute wonder goal to snatch a point for Howe’s side at Molineux.

Newcastle fans will need little reminding of the winger’s quality on his day. A joy to watch at times, the way in which he tore through City would certainly suggest Saint-Maximin is more than capable of competing against Europe’s leading sides, albeit maintaining that level has always been the challenge

What did Enrique say about Saint-Maximin?

Speaking to Lord Ping, Enrique said: “With the talent and quality that Allan-Saint Maximin has, he can go as far as he wants in his career. He has to be consistent because that’s what he’s been lacking. When he is in form he can destroy any defender in the world.

“If he can become consistent, he can play for Liverpool, Many City or anywhere in the world that he wants.”

Could Saint-Maximin move to a Champions League club?

It’s difficult to see why that would happen soon for a number of reasons.

Firstly, Newcastle now have the project in place to offer their best players to the chance to compete in the years to come. Now, that’s not to say moves to clubs such as Liverpool or City would not be tempting given they are higher in the food chain as things stand, but the limit of a Newcastle player’s ambitions is no longer just to hope a bigger club comes along and signs them, such is the level of spending since October’s takeover. 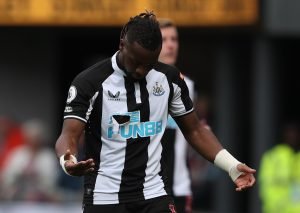 Secondly, consistency is still an issue. While this season has started well, the fact is that Saint-Maximin has never registered more than ten goal contributions in a single campaign. Given the onus on wide attackers at City and Liverpool in particular over the years (though that might change now following the arrivals of Erling Haaland and Darwin Nunez respectively), it seems unlikely that would be enough to grant him a starting berth at either.

With a long-term contract in play and Newcastle not exactly needing to sell cheaply, it’s difficult to imagine either paying huge sums of money to sign him at this stage.