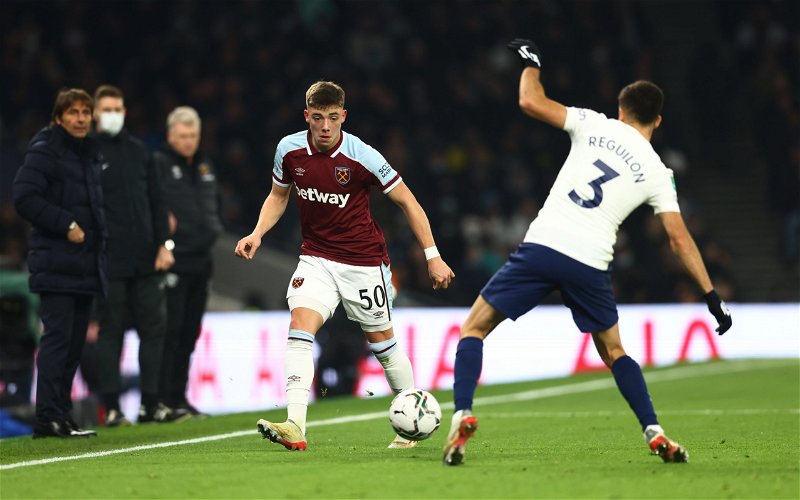 Newcastle United saw a late move for West Ham defender Harrison Ashby break down, sources have told Nothing but Newcastle.

Having emerged as a target after Emil Krafth’s long-term injury, a deal at one point was a realistic possibility.

Sources close to the east London club reveal they were willing to let Ashby – a product of their academy – go if they were in a position to land a replacement. A number of Championship outfits expressed an interest in taking the 20-year-old on loan, while Newcastle eyed a permanent transfer.

While it’s unclear as to what role the Scotland U21 international would have played on Tyneside, it seems reasonable to assume he would back-up Kieran Trippier at right-back in Krafth’s absence. Quite where that would have left Javier Manquillo is up for debate.

Still, with West Ham failing to land Torino and former Chelsea full-back Ola Aina, they opted to keep Ashby due to Ben Johnson – another player Newcastle have looked at – suffering an injury. The dominoes just did not fall into place for Eddie Howe’s side on the final day of the window, though the club can be more than happy about the business they did manage to conduct.

Alexander Isak is already up and running in black and white, while Nick Pope has quickly made himself a key player. Sven Botman, meanwhile, is yet to lose an aerial duel this season, offering just a hint at the kind of quality Newcastle can expect to enjoy over the next few years.

What else happened at Newcastle on deadline day?

Deadline day was a tale of outgoings at St James’ Park.

Martin Dubravka and Matty Longstaff both sealed loan moves away from the club to Manchester United and Colchester United respectively, while Federico Fernandez joined Elche on a permanent basis.

Young midfielder Lucas De Bolle signed a new two-year contract and promptly joined Hamilton Academicals on loan for the season, while Kell Watts will spend the rest of the campaign with Peterborough United.