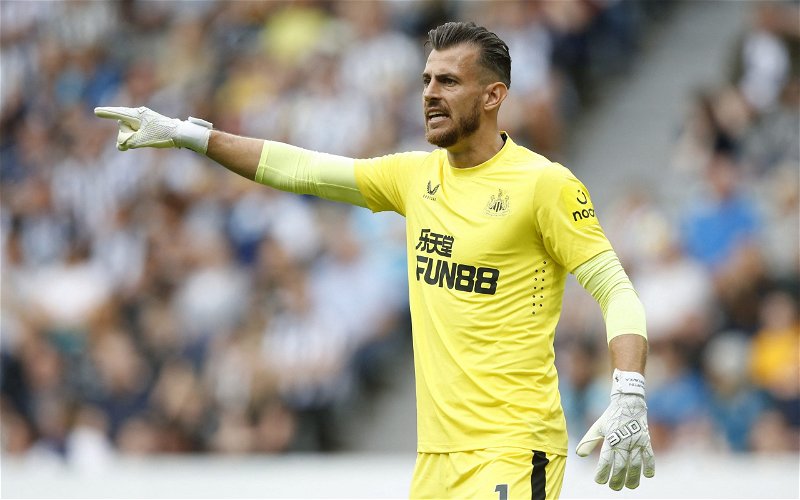 Martin Dubravka extended his thanks to Newcastle United after sealing a loan move to Manchester United.

On an otherwise fairly quiet deadline day for Newcastle, the 33-year-old moved to Old Trafford for the season, with the Manchester giants having an option to make the deal permanent next summer.

Nick Pope’s arrival at St James’ Park earlier this summer had pushed the Slovakian international down the pecking order and the player’s agent had previously hinted at a move away.

According to Sky Sports’ Keith Downie, Newcastle have received a £2m loan fee for Dubravka plus a £6m obligation should he make a certain number of appearances. There is also thought to be a recall clause in January should Eddie Howe fall short in the goalkeeping department due to injuries.

How should Dubravka be remembered at Newcastle?

While Pope looks to be the future, Dubravka played a key role in helping Newcastle stay in the division during some pretty bleak days towards the end of the Mike Ashley era.

Welcome to the club, @HecoDubravka! 👐#MUFC

From his debut – ironically enough against Manchester United – the former Sparta Prague stopper played his part. Indeed, during the 2019/20 season, Dubravka led the way in the Premier League for number of saves (140) and represented good value for a player thought to have been signed for around £4m.

What has Dubravka said of his move?

Speaking to Manchester United’s official website, Dubravka said: “I’d like to sincerely thank everyone at Newcastle United, and especially the fans, for many great experiences over the past four and a half years.

“I enjoyed every minute of my time there and made amazing memories to look back on. My focus is now on helping Manchester United, and we’ll see what the future holds after I have given my all this season. I am excited to be here!”