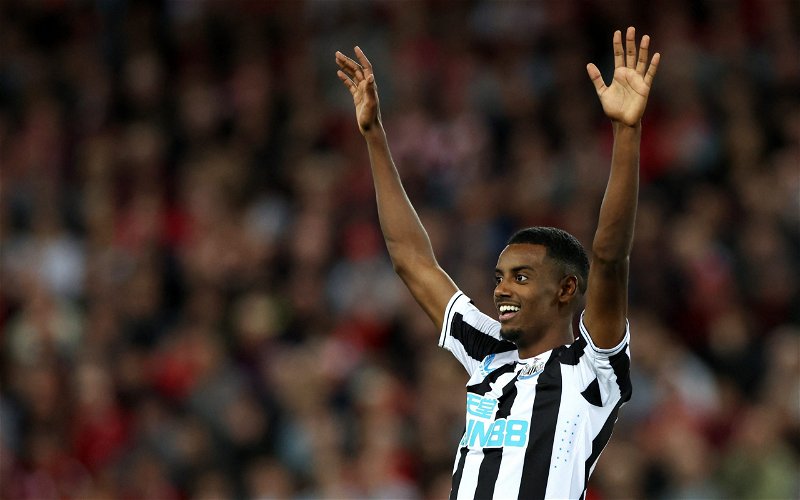 The Swedish striker suffered a dead leg during a remarkable debut away at Liverpool on Wednesday, a game he marked with a brilliant goal in a tight loss at Anfield.

Howe has also confirmed Callum Wilson remains “slightly behind” Bruno Guimaraes and Allan Saint-Maximin in his recovery from a hamstring injury, though the latter two are believed to be doubts at this stage. There will, however, be late checks on the pair.

Nick Pope should be fine to continue in goal after suffering with dizziness on Wednesday night. Sven Botman and Fabian Schar were both rested in midweek, so perhaps we’re likely to see them start on Saturday.

Jonjo Shelvey and Emil Krafth are long-term injury absences after a difficult time of things on the fitness front during the opening to an otherwise positive start to the season.