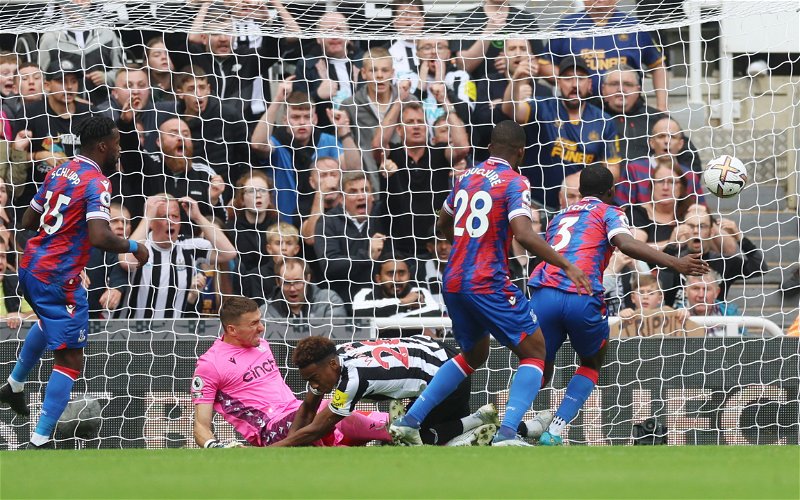 Joe Willock insists he was “pushed in the back” in the build-up to a Newcastle United goal controversially ruled out by VAR during Saturday’s Premier League draw with Crystal Palace.

The midfielder was involved in a scramble as Tyrick Mitchell put through his own net following Kieran Trippier’s free-kick. The Toon star put goalkeeper Vicente Guaita under pressure and the ball bounced off the defender’s head and past the Palace ‘keeper, who could not reach it after clattering into Willock.

Still, the only reason the Newcastle star had collided with Guaita appeared to be because Mitchell himself pushed Willock into his teammate.

Controversially, the decision was ruled out as both sides played out an entertaining 0-0 draw.

What has Willock said about the decision?

Speaking to reporters after the game (via the BBC’s LIVE blog), Willock said: “We had loads of chances and we have to put them away. We have to be clinical when you have a team by the scruff of the neck. 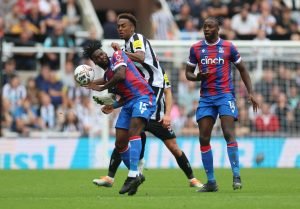 “I believe it should have been a goal [which was disallowed]. The ball came across and I thought I got pushed in the back. Very disappointing.

“We have to just focus on what we can control. We have a brilliant team and a manager. We have to look ahead to the next game. We have to stay positive. It was good performance.”

What has become of the decision?

According to The Times’ Martyn Ziegler, the PGMOL have accepted the decision to disallow the goal was the wrong call and will co-operate with the Premier League to review the incident, aiming to take lessons from the outcomes.

Clearly, none of that helps Newcastle at this stage.