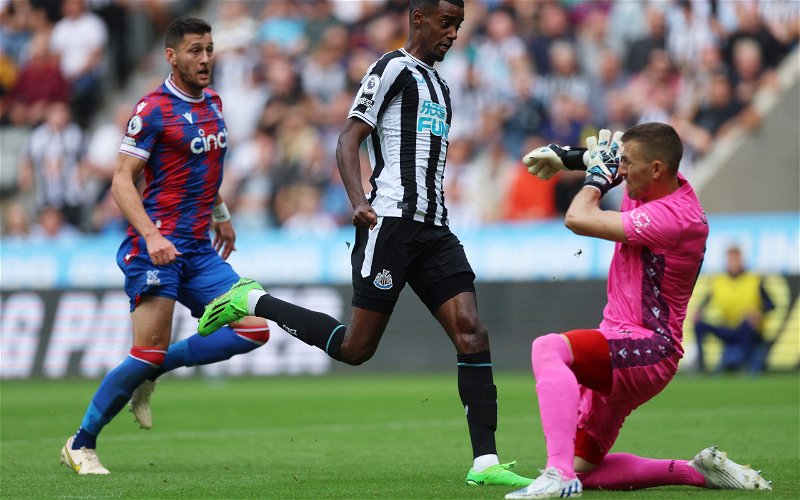 Eddie Howe backed Alexander Isak to put missed chances behind him after a frustrating home debut for the Swedish striker.

After marking his first appearance in black and white with a well-taken goal against Liverpool on Wednesday, optimism was abound as Isak geared up for his St James’ Park bow against Crystal Palace.

The 22-year-old certainly set the bar of expectation high at Anfield but missed a glorious chance to put the home side ahead after robbing Joachim Andersen of the ball, failing to fire past Vicente Guaita when through on goal.

The frustration was compounded six minutes into the second-half when Newcastle had a goal disallowed. Palace defender Tyrick Mitchell put through his own net, though Joe Willock was adjudged to have fouled Guaita in the process following a controversial VAR check.

What did Howe say about Isak?

Speaking to the Press Association after the game, the Newcastle head coach said: “He’ll be disappointed to miss that because he’d back himself to score and I’d certainly back him to score, but he’s gone for a certain type of finish – and that’s obviously in his game – but he didn’t quite execute it right.

“Look, he’s had no training time with us, so he’s been thrust right into action. I think he’s done very well, but there’s lots of improvement for us as a team to try to serve him.”

“He is running in and is pushed into the keeper. I am not sure what Joe is supposed to do there. For me it is a perfectly good goal.” 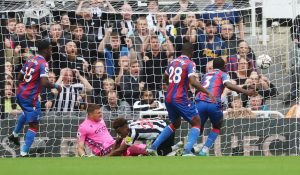 How involved was Isak against Crystal Palace?

On the early evidence, Isak has more to his game than purely goals.

Indeed, as per WhoScored‘s match data, the £60m man played a key pass (the fourth-highest in Newcastle colours), won an aerial duel (5th highest), and contributed one tackle (joint-fifth highest).

Cleary, that’s a small sample size, but as Howe says, Isak has barely had much time to train with his new teammates. To even get into a position to miss that chance, Isak chased down the Palace defender with his pressing before reacting first, it’s just the final touch was not there.

Having proved he can finish against Liverpool, Isak has credit in the bank despite a slight hiccup.