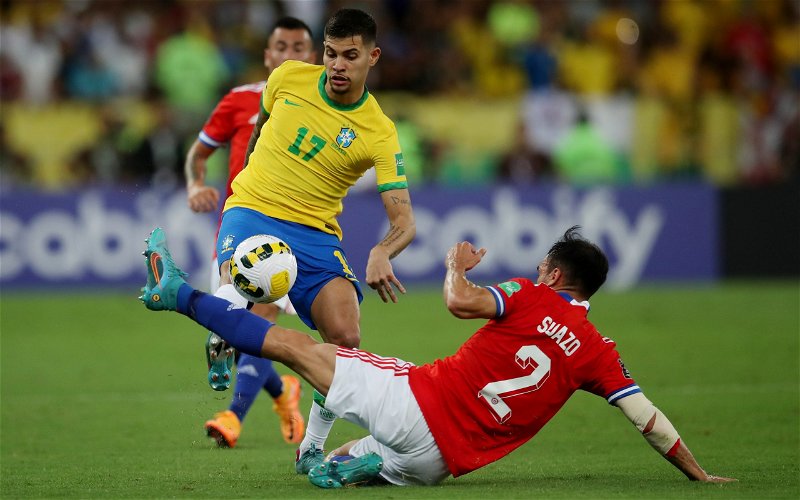 Reports in Brazil suggest Bruno Guimaraes is set to miss his country’s friendly with Ghana on Friday.

Like a number of key Newcastle players, the midfielder has endured a frustrating time of things on the injury front this season. A hamstring problem picked up against Tranmere ruled him out of games against Wolves, Liverpool and Crystal Palace, before Guimaraes returned against Bournemouth.

Eddie Howe has also had to deal without Callum Wilson, Jonjo Shelvey and Allan Saint-Maximin for much of the campaign, while Alexander Isak was forced to pull out of Sweden’s squad for their Nations League double-header against Serbia and Slovenia.

According to Globo Esporte, Guimaraes will likely miss the game with Ghana after suffering a thigh injury. Though the issue isn’t thought to particularly concern manager Tite, they claim “the medical department, headed by doctor Rodrigo Lasmar, predicts the player’s participation in the first match as “difficult”.” 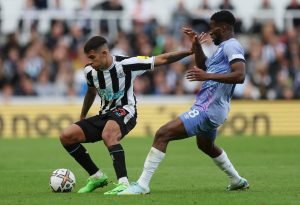 Clearly, it is a rather vague update and there is little cause for alarm at this stage. Still, given the rotten luck Newcastle have had when it comes to fielding a full-strength team, it’s hardly ideal.

What has Guimaraes said about his start to the season?

Speaking to the Daily Mail, the 24-year-old said: “All the teams will do this now (sit deep and frustrate us) and we need to create alternatives. We are disappointed because we are creating opportunities, we just didn’t score. We lost two more points at home on Saturday. This cannot happen.”