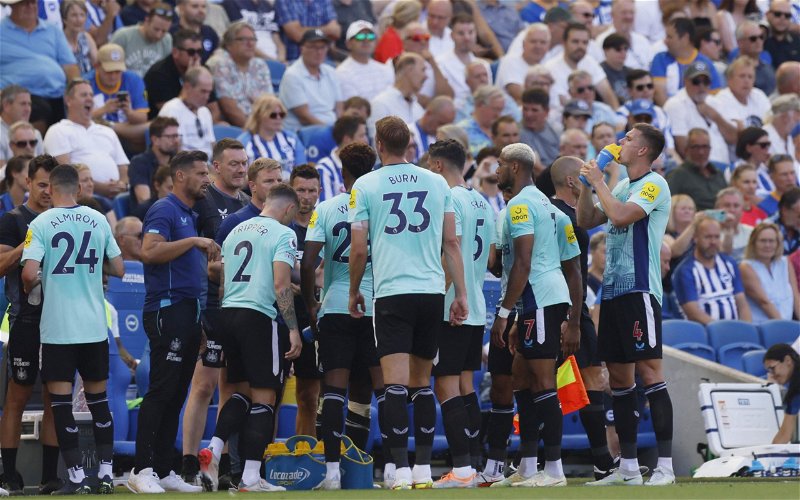 Eddie Howe insists Newcastle United are not panicking during what remains of the summer window.

Two games into the first full Premier League season under his watch, Howe would surely have wanted to strengthen his attacking line by now.

Pursuits for the likes of Hugo Ekitike, Armando Broja, Timo Werner and James Maddison have so far failed, while targets such as Moussa Diaby and Alexander Isak were reportedly considered too expensive.

While the club are still thought to be active in the market amid links with a move for Goncalo Ramos, it’s hard to imagine anything is particularly close right now, unless a signing is made out of the blue.

What did Howe say about signings?

Speaking after Saturday’s draw at Brighton (via The Chronicle): “As I’ve said many times, we’re looking. We are aware that there are certain parts of the squad that we’d love to strengthen and give us more options. 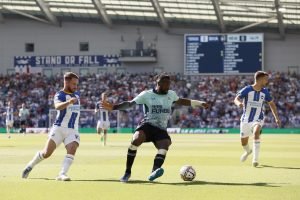 “But that’s no reflection of anybody we currently have in our squad because I think we’ve shown that we love everybody within the group. There’s a very good feeling internally, within the dynamic of the team, so we desperately don’t want to harm that either.”

Why do Newcastle need a new striker?

Performances like the one against Brighton make it obvious.

Even with a fully fit Callum Wilson – which is certainly something of a rarity – the team managed only one shot on target (via WhoScored) from four in total. Granted, Brighton played a part in that, but Newcastle need something extra going forward.

Having been outscored by Aston Villa, Brentford and Crystal Palace last season, it’s difficult to see the team making genuine strides in terms of league position without further signings.

Still, its promising to hear the club are relaxed behind the scenes. Rather than making desperate big money additions for the sake of it, it seems as if the same kind of measured approach to the one to have seen the defence restored is still the plan of action.