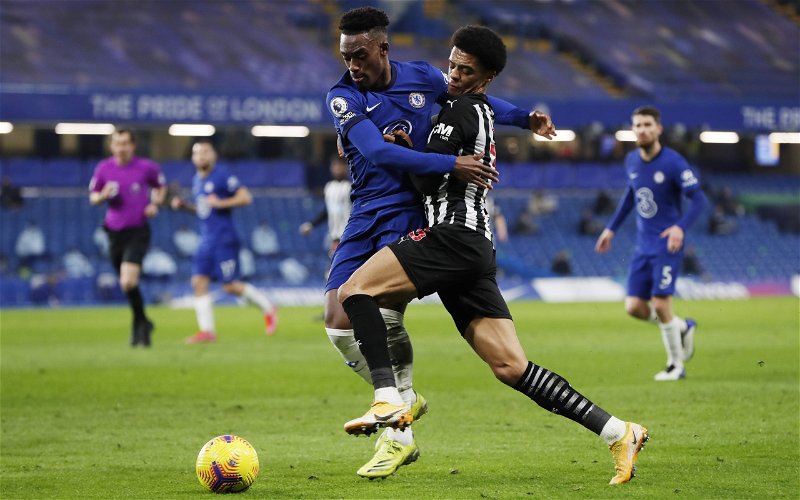 Newcastle United are one of a number of teams interested in a move for Chelsea’s Callum Hudson-Odoi, sources have told Nothing But Newcastle.

While there had been concerns that interested parties would not be able to match the England international’s wage demands even on a loan basis, Hudson-Odoi’s future at Stamford Bridge now looks bleak.

Left out of the squad for a Premier League 2 game against Fulham and having not featured for Thomas Tuchel’s senior side this season, the 21-year-old is believed to be open to a move in an effort to play first-team football on a more regular basis.

Crucially, Chelsea’s stance has softened. While the club are not likely to include any options to buy in a loan deal, sources have told NBN there is a willingness to subsidize Hudson-Odoi’s wages, which are believed to be in the region of around £150k-per-week.

Southampton and Borussia Dortmund are also keen as the race to sign Hudson-Odoi heats up.

Would Hudson-Odoi be a good signing for Newcastle?

At this stage of the window, the idea of landing a young player able to operate in a number of positions with experience at the top level would surely be seen as a success.

Clearly, signing the likes of Moussa Diaby or James Maddison on permanent deals might be more exciting and make for better headlines, but that’s not to say Hudson-Odoi wouldn’t be a valuable addition.

A player tracked by Bayern Munich before he’d even kicked a ball in the Premier League, the Chelsea academy graduate ranks within the leading 79% of wingers playing in Europe’s big five leagues for assists (0.29), shot-creating actions (4.82) and progressive carriers (9.43) per game according to FRBEF data. 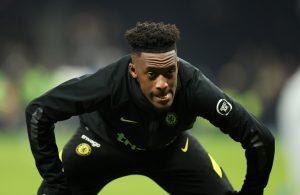 While his lack of starts might skew the averages somewhat, those are certainly promising numbers and Eddie Howe has proven with the likes of Joelinton he can yield impressive performances out of players with points to prove.

Now, paying his wages in full might have made little financial sense given Howe’s eagerness to keep the pay structure in tact, but Chelsea’s willingness to help out changes matters.

Not too much of a financial burden, it’d be a logical move for Newcastle, with Hudson-Odoi able to operate on both the left and the right of an attacking line, as well as at wing-back.

What has been said about Hudson-Odoi?

‘So we opted for a back five and we didn’t want to get too defensive. We thought about trying Reece and Callum on the right side in training. Callum fitted very good and we wanted to have at least four offensive guys on the pitch from the start.

‘We just let him drive and he did very good, showing all his qualities he has: the high speed, the quick recoveries, dribbles, good one-on-one.