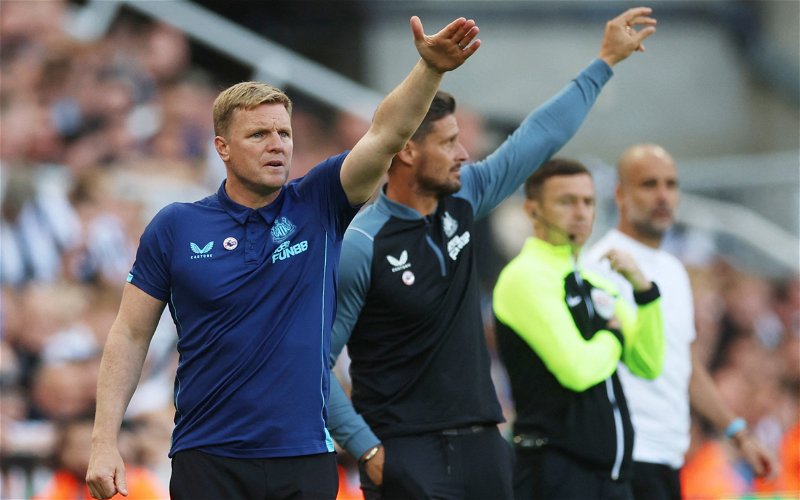 Alexander Isak is believed to have been registered in time for Newcastle United’s Premier League trip to Wolves on Sunday.

While the club have not confirmed the Sweden international’s availability following his £60m move from Real Sociedad, talkSPORT suggest the paperwork has gone through in time.

On Friday, photos on social media emerged of the 22-year-old in training with his teammates after a whirlwind few days to have seen become Newcastle’s most expensive ever player.

Still, that does not mean Isak will start.

Indeed, Eddie Howe bedded Bruno Guimaraes into the side earlier this year, while Sven Botman started on the bench for the first game of the season against Nottingham Forest. Certainly, it would appear as if the head coach is prepared to wait, and Newcastle certainly are in a position to take a measured approach.

Elsewhere, Emil Krafth and Callum Wilson have joined Jonjo Shelvey on the treatment table, while Matt Targett has only recently made a recovery of his own.