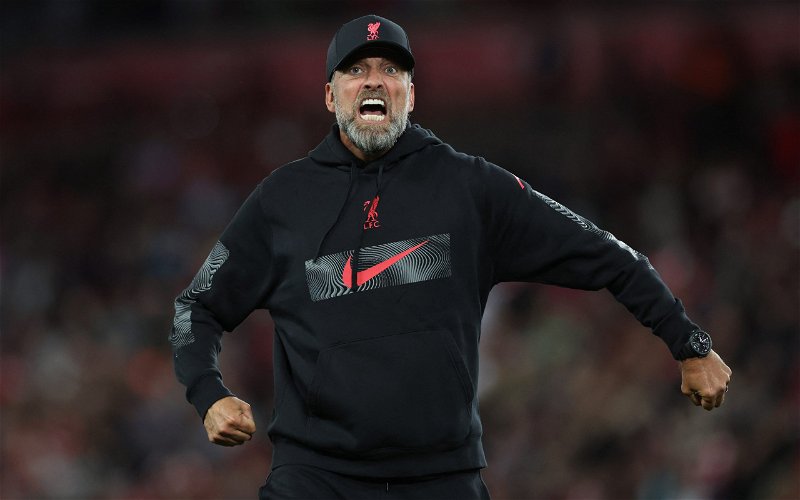 Jurgen Klopp says Liverpool will remember their dramatic win over Newcastle United for “years and years”.

Fabio Carvalho scored with pretty much the last kick of the game, eight minutes into a five-minute injury time at Anfield after a dogged Newcastle performance.

Alexander Isak had put Newcastle ahead with a sublime finish on his debut and was unlucky to have been marginally offside for a majestic second. Roberto Firmino scored to get the home side back on level terms, but United can certainly be proud of the effort they put in, restricting a side who had put nine past Bournemouth only a few days ago to very little.

Klopp was visibly frustrated on the touchline and there appeared to be a clash between the benches at the full-time whistle.

Having pushed Manchester City all the way, this was another sign of progress for Howe’s Newcastle, who generally failed to convince against the leading Premier League sides last season, aside from beating an undercooked Arsenal in May. Of course, leaving with nothing is a “sickener” as Howe describes it, but there’s plenty of reason to be optimistic.

What did Klopp say of the game?

Speaking to BBC Sport, Klopp said: “It’s massive, massive we will remember it for years and years. We had once a 3-2 at Newcastle where Divock Origi scored late. I’m not 100% sure they all believed until the end but from now on we have to as we showed again it is possible.”

What has Alexander Isak said of his debut?

After the game, record-signing Isak said (via Jordan Cronin): “I was thinking it was going to be a dream debut. It has been a hectic few days. I am happy I got my first minutes today.”

“You can see the boys, very disappointed but we have another game right around the corner and I think we have to use this feeling we are feeling as energy for the next game.”