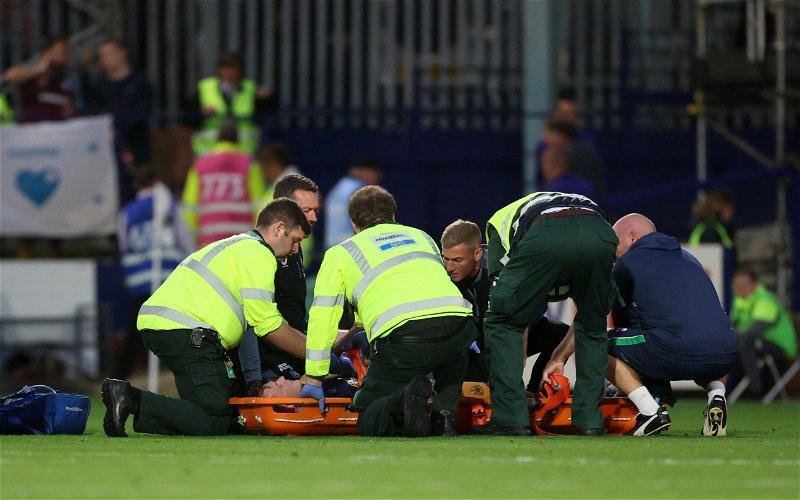 Emil Krafth has confirmed he will miss a number of months after sustaining a knee injury during Wednesday night’s Carabao Cup win over Tranmere Rovers.

The Sweden international’s turnaround in form was one of the starkest under Eddie Howe.

Previously unconvincing, Kieran Trippier’s injury in February forced Krafth to step up and few would doubt he did. From the win over Aston Villa in the second month of the year onwards, the 28-year-old started 12 of the last 15 games of the season, playing an impressive role in the fantastic end to the campaign.

As FBREF data notes, only Fabian Schar made more successful interceptions than Krafth per game (3.13 to 2.64) and only four players to have made more than five appearances for Newcastle last season boasted a better tackle success rate (53.8%).

Rewarded with a new contract before the start of the new campaign, Krafth was unfortunately stretchered off in the second half of the win at Prenton Park after going down following a heavy challenge.

What did Krafth say about his injury?

Taking to Instagram after Howe had spoken of his concern about the injury, Krafth wrote: “Hard to find words and still can’t believe it, this was not the way I wanted the season to start! Gonna be out for several months with a knee injury. 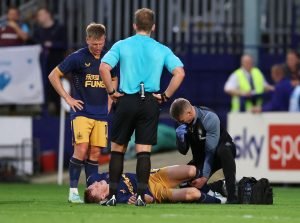 “Devastated I can’t be out there and help the team, but I will do my best to push the lads to reach success! One thing I know is that the sun will rise tomorrow again and I will work extremely hard to get back as soon as possible!

“Thanks for all the messages and love you all have giving me. See you soon back out there.”

Where does this leave Newcastle on the transfer front?

While Newcastle have finally landed their much-needed striker in the form of Krafth’s compatriot Alexander Isak, The Athletic suggest the club could still be busy.

Indeed, there is believed to be a need to trim the squad, and Javier Manquillo has been linked with a move away.

Still, with Krafth not able to serve as Trippier’s back-up, perhaps the Spaniard could now stay.