Newcastle United head into the 2022/23 Premier League season with what feels like an unfamiliar sense of optimism.

While the last month or so of the transfer window has proven a frustrating one for the club, Eddie Howe’s rapid-fire rebuild last season pointed to a team on the rise, both on and off the field.

In the history of the Premier League, nobody had ever retained their top-flight status after failing to win any of their opening 14 games, while Newcastle’s run of form in the second of the season would have had them sitting as high as sixth had it been replicated over the entirely of the campaign.

A hugely impressive turnaround and with St James’ Park rocking again, these are exciting times.

Naturally, however, football doesn’t work as simply as that. Other teams around Newcastle have improved and, as ever, there will be games in which the team struggle.

Still, with a whole season – the first full one under the Saudi Arabian ownership – of Bruno Guimaraes, Joelinton in central midfield and Kieran Trippier available means there are plenty of reasons to be excited.

Here, Nothing But Newcastle attempts to preview the season ahead.

Guimaraes, Trippier, Joelinton and Callum Wilson are the obvious candidates here, while much will be expected of Sven Botman given the six-month pursuit of him.

Joelinton’s rebirth as a central midfielder was one of the stories of the season last time out, and it’s going to be fascinating to see whether or not he can make a late run into Brazil’s World Cup squad. Compatriot Guimaraes, meanwhile, proved a transformative figure following his January arrival from Lyon and will continue to play a leading role in Howe’s team.

Trippier and Wilson, meanwhile, missed much of last season through injury but look like two of Newcastle’s biggest goal threats. With no new striker yet signed, Wilson is pretty much the only player in the squad with a track-record of scoring goals in the Premier League, while Trippier has already proven his class from set-pieces during his short career on Tyneside thus far.

Defensively, the team largely looked solid under Howe, but the hope will be that Botman’s arrival takes things up a level. A title-winner in Ligue 1 and a player Newcastle chased for months, the Dutchman is currently Newcastle’s biggest signing of the summer.

Elliot Anderson is the standout name when it comes to young players, with Howe hinting the teenager’s performances in pre-season have been enough to convince the club not to loan him out.

Given the struggles in signing attacking players this summer, the fact the 19-year-old scored 7 goals and registered 6 assists in 20 starts at Bristol Rovers in League Two last season is interesting. Clearly, it’s a lot to ask of him to replicate those numbers in the Premier League, but it appears he will at least be given a chance to.

With five substitutions available this season and Anderson able to operate in a number of positions, it could be a breakout year for the academy graduate.

There’s also young Matthew Bondswell to consider. Hailed by Trippier for his performance in the pre-season defeat away at Benfica, the 20-year-old could provide back-up to Matt Targett at left-back should Paul Dummett’s injury problems resurface and Matt Ritchie leave.

A lack of goals could be a real issue for Newcastle this season.

Obviously, that could be rectified in the transfer market and perhaps more can be expected of Miguel Almiron, Ryan Fraser and Chris Wood compared to last season, but Wilson looks the only truly reliable forward in front of goal in the squad as things stand.

Only having one such option would be enough of a worry even without Wilson’s injury record. The England international has missed 35 games in the two seasons since he joined from Bournemouth and it would take a brave observer to bet against Wilson going down injured yet again.

Brentford, Crystal Palace, Leicester and Aston Villa, some of the teams Newcastle might consider positional rivals over the next few months, all scored more often last time out. Given Newcastle will surely be pushing for the top ten at the very least, that should be a concern should a new forward not arrive.

Then there’s Allan Saint-Maximin. Rarely has the Frenchman convinced since Howe was appointed and despite being perhaps the only shining light of the Steve Bruce era, the winger has been linked with a move away this summer.

If Howe cannot get the best out of him, some of his maverick talents could well be wasted.

On paper, the opening run of the season looks difficult for Howe. Nottingham Forest at home should be a game Newcastle are capable of winning, although playing promoted teams can be a tricky proposition, with the likes of Swansea and Blackpool pulling off shocks in recent memory, backed by the emotion of making in into the big time.

Before August is out, Newcastle play both Manchester City and Liverpool, while trips to Wolves and Brighton hardly look easy. If Newcastle don’t get off to a good start, it could be a long season ahead.

October into November, meanwhile, offers another tough run. Over the space of only a few weeks before the World Cup, Newcastle travel to Tottenham and Southampton while hosting free-spending Villa and Chelsea.

Still, its important to remember just how good Newcastle were towards the end of last season and having key players back from injury should only be a boost, while Guimaraes and Joelinton are set to enjoy a whole season together in midfield. The standards were raised last season and, barring an almighty collapse, the team will unlikely be anywhere near as poor as they were in the first 14 games of 2021/22.

That, along with Howe having had the benefit of a whole pre-season, provide reasons to be genuinely excited about the club.

Three points off the top eight last time out, there’s little reason to think Newcastle cannot be involved in the conversation for that again this season. Anything above that is surely a bonus, given the early stage of what is a long-term project under the new owners. 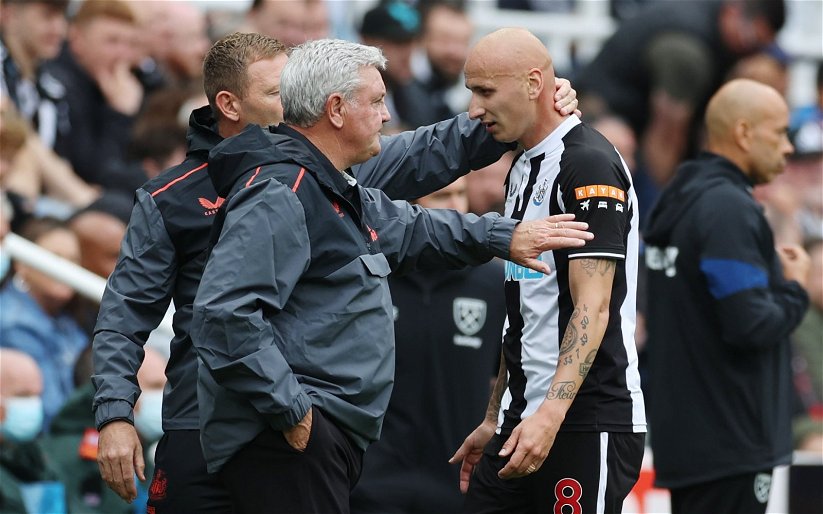