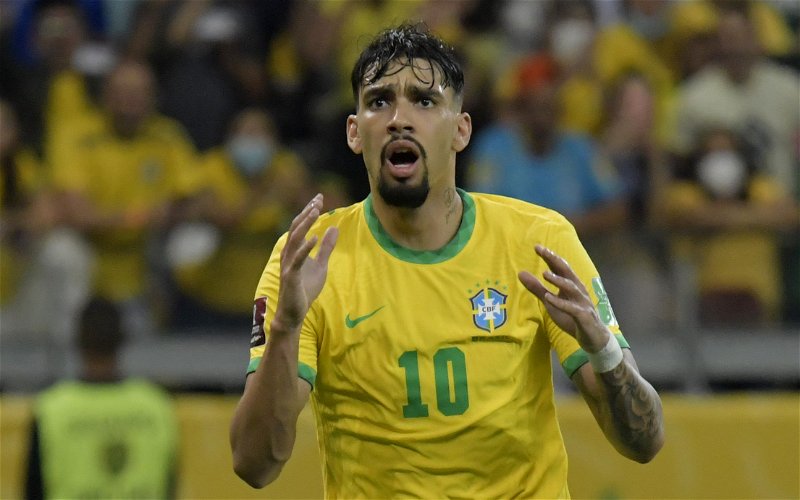 Bruno Cheyrou, Lyon’s head of recruitment, has revealed the club are open to Lucas Paqueta’s exit this summer.

The Brazilian’s name has largely dominated the transfer rumours involving Newcastle this summer.

A good friend of Bruno Guimaraes, the forward visited his compatriot on Tyneside and was snapped donning the club’s shirt while at Guimaraes’ home.

While decision-makers at St James’ Park are reportedly likely to consider other targets given the most pressing needs come at central striker and right winger, there is said to be knowledge a deal could potentially be done should the situation change towards the end of the window.

What has been said about Paqueta?

Speaking at a press conference and asked directly about the 24-year-old’s future (via 90Min), former Liverpool midfielder Cheyrou said: “We are prepared for every eventuality.”

On paper, the idea of signing of a Brazilian international to have played Champions League football – particularly during a summer in which the club have struggled to sign attacking players – should be hugely exciting.

Still, Eddie Howe has largely adopted a 4-3-3 since his arrival. The bulk of Paqueta’s career appearances, meanwhile, have come in an attacking midfield or No.10 role.

While clearly a talented player, shelling out a fee of around £50m or so amid FFP concerns to strengthen a position Newcastle don’t often play with does not seem realistic. 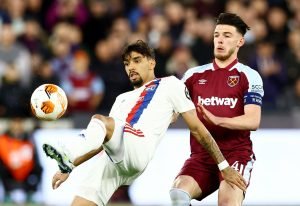 That’s not to say Paqueta wouldn’t be upgrade. After all, FBREF data notes he ranks within the highest 61% of players in his position across the continent’s big five leagues in the past 12 months for non-penalty goals (0.28), shots (3.06), assists (0.22) and shot-creating actions (3.99) on a per-game basis.

But to blow so much of the remaining budget on him does not seem in keeping with what decision-makers have done so far since the takeover. Indeed, they have reportedly walked away from deals for the likes of Moussa Diaby and Alexander Isak, two players who occupy positions the club need to strengthen, due to cost.

If those areas aren’t going to be spent big on this summer, it seems unlikely an attacking midfield role would be.

What has been said about Newcastle’s stance on Paqueta?

Speaking on an episode of The Athletic’s Pod on Tyne Podcast last month, Chris Waugh said: “The information at the minute is that it’s highly unlikely, at least in the short-term, that they’re going to go for Paqueta because they have other positions that they want to prioritise.

“Whether Paqueta would fit naturally into the system they play at the moment as well, I think there’s a few qualms about that.”