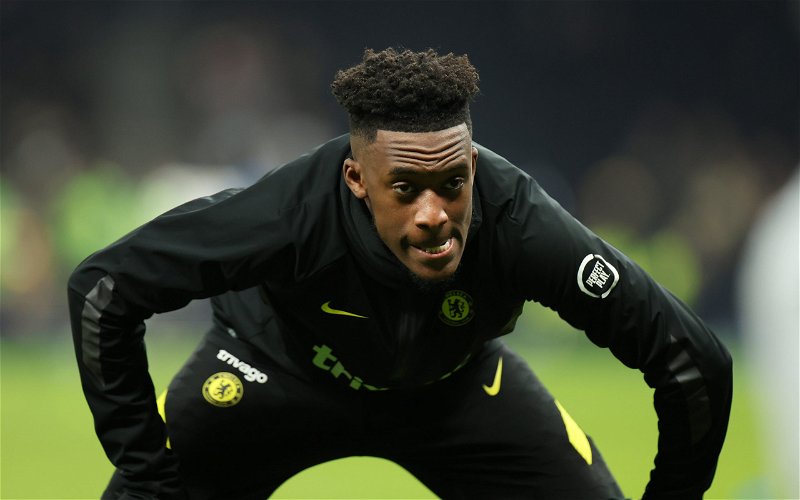 There is an acceptance at Chelsea that interested parties may struggle to match Callum Hudson-Odoi’s personal demands.

The hunt for a new winger is currently dominating the transfer rumour front at Newcastle, with the club having now significantly strengthened their backline over the course of the last two windows.

To that end, Hudson-Odoi is said (via The Sun) to be of interest. The winger has struggled for regular action at Stamford Bridge and the imminent arrival of Raheem Sterling will surely only push the 21-year-old further down the pecking order.

Would Hudson-Odoi be a good signing for Newcastle?

Clearly, it’s hard to build too much of a picture on a player who started only 11 Premier League games last season and has made just the 72 appearances in the top flight since his emergence four years ago now.

Still, the three-cap England winger is able to operate in a number of areas across the frontline and the idea of Eddie Howe getting to work with a talent seriously pursued by Bayern Munich even before he made much of a senior impact in west London is exciting. A manager who has proven capable of improving players, it would be fascinating to see what Howe could do with Hudson-Odoi.

While form and fitness issues have prevented the forward from truly kicking on after a promising breakthrough, Hudson-Odoi’s numbers make for good reading. According to FBREF data, he ranks within the leading 63% of wingers playing across Europe’s big five leagues over the past year for dribbles complete (1.80), progressive carries (9.43), touches in the opposition penalty box (5.26) and assists (0.29) per game. 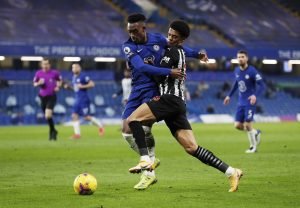 Obviously, the 21-year-old does not play that regularly and Chelsea, despite some issues towards the end, tended to dominate games in the early part of last season, so to suggest he could instantly replicate those numbers at Newcastle is somewhat ambitious. Those averages, however, do speak to a potent attacking outlet.

As a young player with the potential to improve, Hudson-Odoi looks a fairly logical signing if Newcastle do not break their wage structure for him (something Howe was eager to avoid in January), given sources have told NBN there is an acceptance within Chelsea that interested parties could struggle to match his personal terms.

According to The Independent, the forward earns over £100k-per-week.

How many more signings do Newcastle?

Earlier this week, The Daily Telegraph revealed Howe has keen on two more attacking signings between now and the end of the transfer window.

NBN have also been told Newcastle have failed in a loan bid for Chelsea’s Armando Broja.