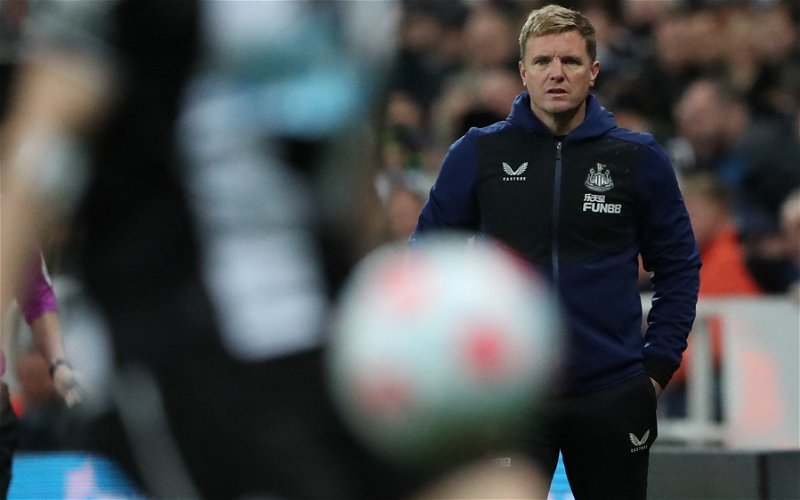 Eddie Howe is targeting two attacking players during what remains of the summer transfer window, according to The Daily Telegraph.

Almost every position has theoretically been strengthened under the PIF ownership thus far, although it’s hard to argue the £25m signing of Chris Wood has truly worked out. While by no means a disaster, the New Zealand international just has not had the impact Kieran Trippier, Matt Targett or Dan Burn have had in defence, or that of Bruno Guimaraes in midfield.

Indeed, the attacking line still looks fairly short on goals, and Callum Wilson simply cannot be relied upon to keep fit over the course of a whole season.

With that in mind, Howe is reportedly looking to bring two more players before the end of the window.

What kind of players should Newcastle be chasing?

Someone to play through the middle when Wilson is not fit is absolutely crucial. Of course, Wood does provide a different option and cannot be completely disregarded, but it’s difficult to see a regular flow of goals coming from him while Dwight Gayle has reportedly been told to train with the reserves. 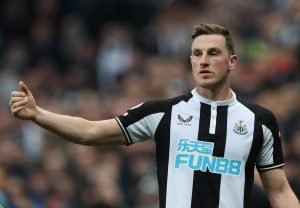 An upgrade at right-wing would also be welcome. While Ryan Fraser impressed under Howe’s watch, the fact remains and that he and Miguel Almiron scored only three goals between them last season.

Given the level of investment and the way in which last season ended, it does not seem ridiculous to suggest Newcastle could be challenging for a spot in the Europa Conference League next time out at the very least. Two points off a top-half finish after an awful start during the 2021/22 campaign, seventh spot looks reasonably attainable.

If that is going to happen, however, there need to be more goals. Keeping Wilson fit is of course vital, but there needs to be more of a contribution from the supporting cast.

Who are Newcastle targeting?

Bayer Leverkusen’s Moussa Diaby, a French international who bagged 13 goals and registered 12 assists in 32 Bundesliga starts, is believed to be of interest.

The club have also seen a loan bid for Armando Broja snubbed, while The Telegraph also moot Dominic Calvert-Lewin and Jack Harrison of Everton and Leeds Untied respectively as targets.