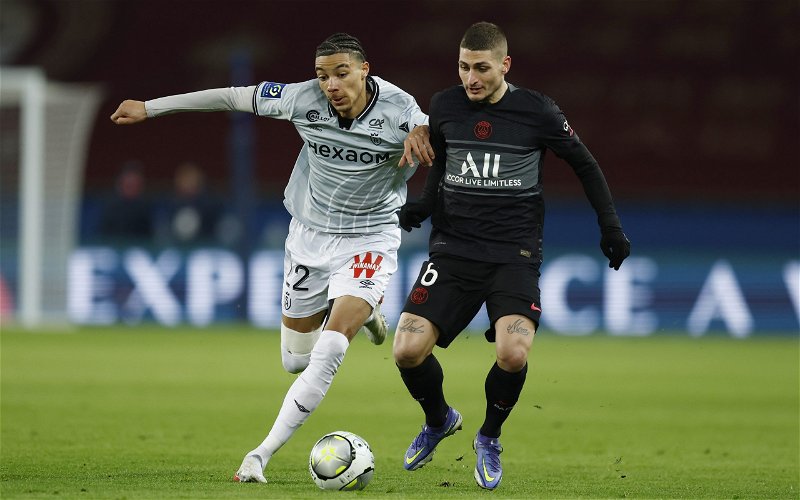 Where Newcastle did manage to bring the Sven Botman saga to a positive end by actually signing the Dutchman after a long pursuit, Ekitike proved unattainable.

Twice, a deal to sign the Reims forward had been agreed, but the then-teenager rejected a move in January and then Newcastle reportedly ran into complications with the player’s agent this summer.

On Saturday, Paris Saint-Germain officially announced his signing, with Ekitike joining initially on loan until end of the season, though there is an option to buy.

Of this decision, the forward told PSG’s official website: “My heart chose Paris! I am also French, it is the club from my country. And it’s a club where the greatest players play, where there is a quality and experienced staff, and the desire to win all the trophies in all the competitions.

What did Howe say about Ekitike?

Speaking during the club’s pre-season training camp in Austria, Howe said (via The Athletic): “We tried to sign him in January and again this summer, but it wasn’t to be.

Paris Saint-Germain is pleased to announce the arrival of Hugo Ekitiké from Stade de Reims.

The French striker is on loan, with an option to buy, until the end of the season. #WelcomeHugohttps://t.co/SSOzpWUXpq

“He has decided to go to PSG, and there are no hard feelings towards the lad. We wish him well. We thought he was a real talent and he could have done a really good job for us. But that’s football, that’s the transfer window.

“They are the teams we are competing against. There is no guarantee you will get your top targets, because if you believe they’re that good then so do other clubs.”

How big a blow is this for Newcastle?

Obviously, the idea of one of Europe’s most exciting talents moving elsewhere is disappointing.

Indeed, it seems reasonable to assume the 20-year-old is considered a major talent, given the fact PSG are prepared to bring him into a squad already boasting the likes of Kylian Mbappe, Lionel Messi and Neymar. Having scored 10 goals and registered 3 assists in only 15 starts during a breakthrough season in Ligue 1, the future certainly looks promising.

Still, Newcastle need players who actively want to represent the club. Granted, it would be too naïve to suggest money does not play a part (Botman, Bruno Guimaraes or Kieran Trippier would hardly have played for Newcastle during the Mike Ashley era), but they have frequently spoken of their delight to be on Tyneside.

From Ekitike’s perspective, his agent holding out has worked. Rather than join a club at the start of their project, he is joining one of Europe’s elite, one who can offer an immediate chance of silverware and regular Champions League football.

Ultimately, Newcastle are not in position to challenge the likes of PSG. Yet.