Bruno Guimaraes tipped to leave Newcastle after only one full season 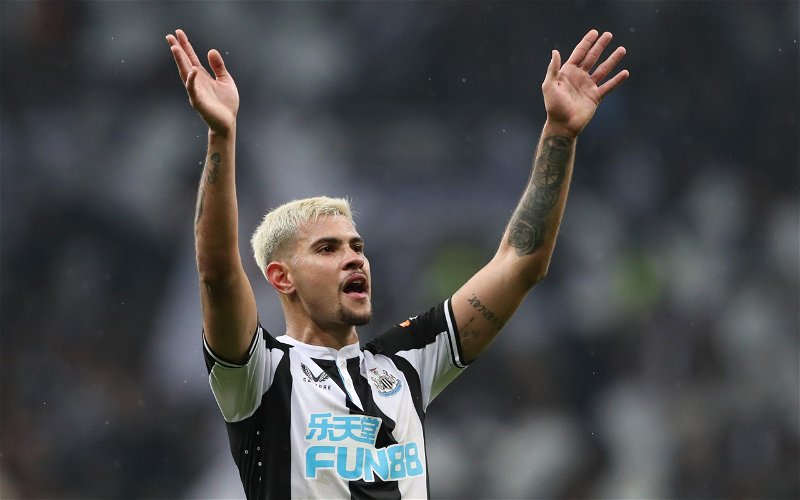 Pundit Julien Laurens believes Bruno Guimaraes could be heading for his only full season as a Newcastle United player.

A £40m signing from Lyon in January, the Brazilian international had a transformative impact as the club pulled away from the relegation battle and ended the season strongly.

While Eddie Howe took a while to bed the midfielder in, Guimaraes scored five goals and registered an assist in 11 Premier League starts, leading the way for through balls and fouls drawn per game (via WhoScored).

The beating heart of a new-look team with so much ahead of them, Newcastle even beat off competition from the likes of Arsenal to land him, during a time relegation worries gripped Tyneside in fear.

What has been said about Guimaraes’ future?

Laurens believes the 24-year-old will simply become “far too good” for the club.

“I expect Bruno Guimaraes to be even better next season,” he said from 24:00 mark onwards during Thursday’s Totally Football Show.

“It could potentially be his last season there because there will be a point where he is far too good for Newcastle anyway”.

It seems hard to believe.

That’s not to suggest there won’t be interest in him going forward. If his form continues in the same manner, it’s impossible to imagine that won’t happen and, while Newcastle are at the start of their journey, there are other teams in the world who could offer the chance of winning major honours sooner. 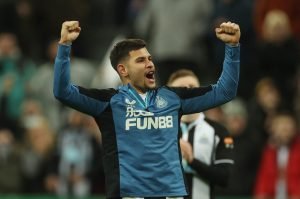 Still, the resources Newcastle have now – as well as the fact Guimaraes has a contract running until the summer of 2026 – make it incredibly difficult to see offers from clubs outside of a select few being realistic. The whole point of signings such as him and Sven Botman is that this a team who can grow, challenge for trophies and give players the platform to win silverware.

What has Guimaraes said about Newcastle?

Speaking to Sky Sports after a win over Leicester City in April, the Brazil star said: “What a feeling! What a game! To score two goals was brilliant, I don’t have words. It was always my dream to play in the Premier League.

“I am so happy. It was my first header, really! That goal was for the group. We are so happy today. It is really important for me to score my first goal at St. James’ Park. I enjoyed playing here a lot, this is my home, I want to play 100 times here. I want to be a legend here.”