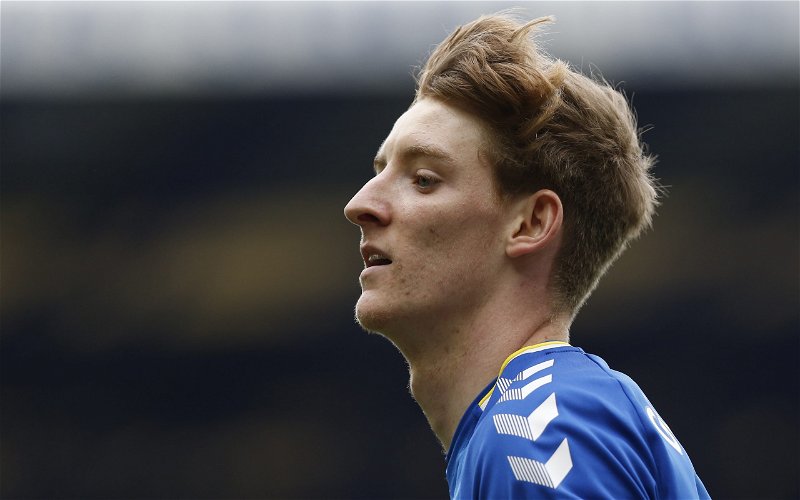 Newcastle United remain keen on a move for Everton’s Anthony Gordon, sources have told Nothing But Newcastle.

Having signed two defenders and a goalkeeper this summer, Eddie Howe is now focusing on strengthening an attacking line to have scored fewer Premier League goals last season than Brentford, Aston Villa and Crystal Palace – who all ended up finishing below Newcastle.

A loan bid for Chelsea’s Armando Broja has been rejected and the forward himself is more open to the idea of a permanent move to West Ham should Thomas Tuchel decide against handing him much a starting role at Stamford Bridge.

Gordon made a huge impact during an otherwise miserable season at Goodison Park, playing a key role as Frank Lampard’s side avoided relegation.

The England U21 international scored four goals and registered two assists in 25 Premier League starts during an impressive breakthrough campaign on Mersyeside, with Tottenham another club keen on a move for him.

Would Gordon fit in at Newcastle?

Clearly, Gordon is still a young player but his early performances have been hugely promising.

Hailed as “one of the brightest” young talents in the Premier League by pundit Pat Nevin in March, the Everton academy graduate netted a memorable winner against Manchester United in April and already ranks within the leading 61% of wingers playing across Europe’s big five leagues over the past year for dribbles completed per game (1.73, via FBREF). 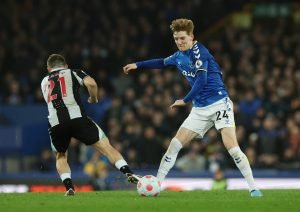 The need to strengthen at right-wing is obvious for Newcastle. Ryan Fraser might have improved under Howe but, the fact is, he and Miguel Almiron combined for only three Premier League goals last season.

Moussa Diaby is said to be another target, although Bayer Leverkusen’s £60m asking price could prove prohibitive.

Do Everton want to sell Gordon?

Definitely not, although that has not deterred Newcastle’s interest.

Spurs did consider a move but well-placed sources suggest they never felt fully confident Everton would risk a backlash by selling such a popular figure, particularly having already allowed Richarlison to move to north London.

Speaking to the club’s in-house media channel while away in the USA, Everton boss Frank Lampard said: “You’ve have got to work to get the No.10 shirt and Anthony has earned it.

“He gives everything and is going nowhere. He is our player and we want to build with him.”