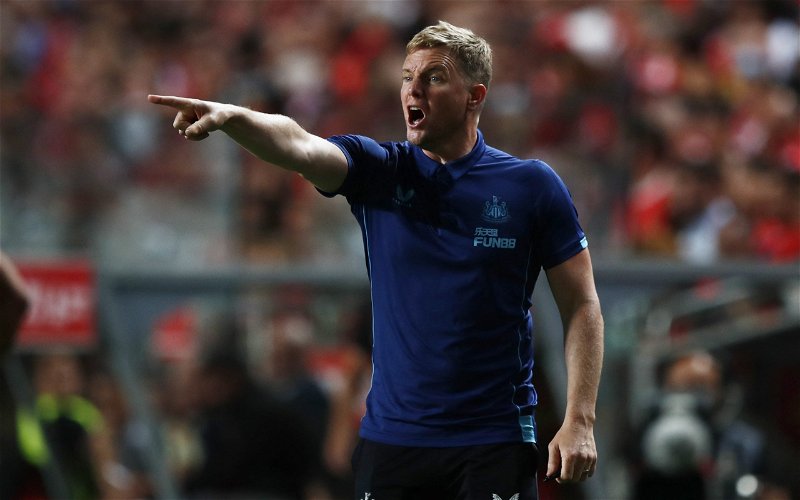 Newcastle United have a number of injury concerns heading into the new Premier League season.

While it’s important to remember the fact Newcastle have signed three players this summer, the idea of heading into their season opener against Nottingham Forest on August 6 with the same front three who started against West Ham in last year’s edition is a concern.

Now, that is not to blame the owners, given the extortionate prices the club are thought to have been quoted in the transfer market this summer. Still, such has been the difficulty in signing attacking players, Eddie Howe needs his key players available elsewhere on the pitch.

So then, Jonjo Shelvey’s hamstring injury picked up in Tuesday night’s preseason loss to Benfica is an obvious blow. A key player under Howe since his appointment in November, the midfielder hobbled off during the 3-2 loss in Lisbon.

What has been said about Newcastle’s injury situation?

Speaking after the Benfica defeat, Howe said (via the Shields Gazette): “Jonjo, it looks like a hamstring problem.

“I don’t know any more than that at the moment. Really disappointing, he’s worked so hard to keep himself fit and be in a good place physically. Any injury would be a blow to him and for us, so fingers crossed it’s not bad. 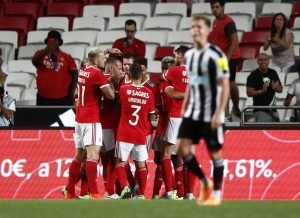 “Martin’s got a sprained wrist from fielding a ball at close range. We don’t think it’s too serious. The others, I think you know about. Fede Fernandez and Jamal Lewis, they’re working their way back to fitness.

“[Ryan] Fraser was missing with a family issue. We still haven’t seen (Javier) Manquillo. We’re due to see him when we return to England.”

How big are Newcastle’s injury problems?

Aside from Shelvey, it’s doubtful any of the players mentioned would feature all too heavily in Howe’s starting lineup. Dubravka might stake a claim, although the signing of Nick Pope has complicated matters for the Slovakian.

August, however, is a particularly busy month. After the Forest game, Newcastle head to Brighton before hosting Manchester City and visiting Wolverhampton Wanderers and Liverpool before the month is out.