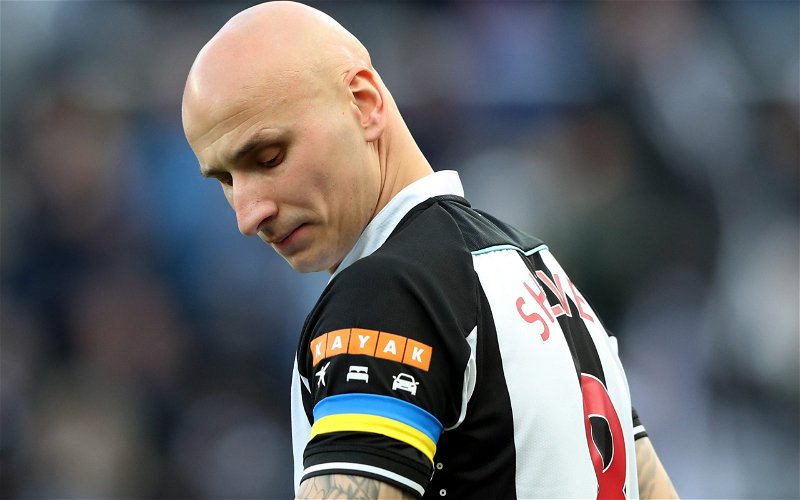 Jonjo Shelvey has revealed he is set for a new contract at Newcastle United.

When Eddie Howe was appointed as Steve Bruce’s replacement in November, the former Bournemouth coach spoke of Shelvey in glowing terms.

Indeed, aside from the occasional dropping during Rafa Benitez’s tenure, the 30-year-old has been a key part of the Newcastle set-up when fit. In fact, only 18 players in the club’s Premier League history have made more than his 141 appearances.

Still, under Howe, Shelvey’s importance has grown. Aside from the end-of-season win away at Norwich, the six-cap England international started every game for which he was available between the managerial change and the completion of the campaign, captaining the side on nine occasions.

What did Shelvey say of his future?

The former Liverpool midfielder last signed a new deal in 2020 (which SpotRac data claim to be worth £70k-per-week) and that was due to expire next summer.

Speaking while away on a pre-season training camp in Austria, however, Shelvey said (via The Sun): “I’ve got three games to get another year – I mean, I’d be a bit worried if I didn’t! 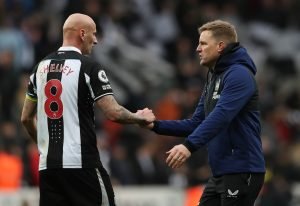 Could this be a big season for Shelvey?

Hailed as an “incredible technician” by Howe, only Fabian Schar made more passes per game for Newcastle last season (37.5, via WhoScored), underlining just how involved he is on a weekly basis.

Given Newcastle’s attentions are now on forward players after strengthening their backline earlier this summer, it seems reasonable to assume there will not be another midfield signing.

Shelvey, then, looks a safe bet to keep his place with Bruno Guimaraes, Joelinton, Sean Longstaff and Joe Willock battling it out for the other two berths in Howe’s preferred 4-3-3 system.