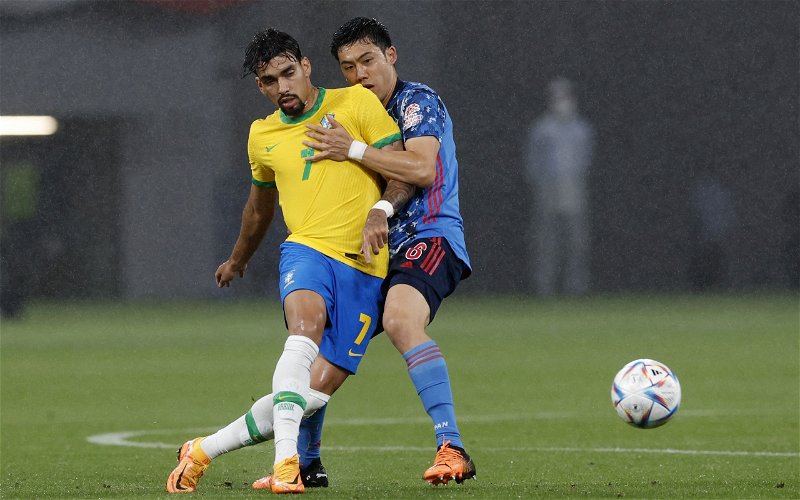 Newcastle United know there is scope to move for Lyon’s Lucas Paqueta this summer, according to The Chronicle.

The Brazilian – a good friend of Bruno Guimaraes – had been linked with a £50m move to St James’ Park and was spotted donning a Newcastle trip while visiting his compatriot in the North East.

Still, the club are thought to have other targets in mind, namely adding a new central striker and a winger.

There is, however, reportedly a feeling within the club that a deal could be done should Newcastle push enough, despite reports linking Paqueta with Tottenham Hotspur.

Obviously, the idea of pairing Guimaraes with his friend is an exciting one.

A Brazilian international, the 24-year-old has been one of Europe’s leading attacking midfielders over the past year. Indeed, according to FBREF data, Paqueta ranks within the highest 61% of players in his position across the continent’s big five leagues in the past 12 months for non-penalty goals (0.28), shots (3.06), assists (0.22) and shot-creating actions (3.99) on a per-game basis.

Based on those averages, it’s hard to doubt his quality and, frankly, most teams would be lucky to have such a prolific attacker in their ranks.

The issue would be appear to be a positional one, though. Largely, Paqueta operates as a No.10, with the majority of his recorded career appearances coming in that role, a position the 4-3-3 Eddie Howe has adopted while Newcastle manager does not incorporate. 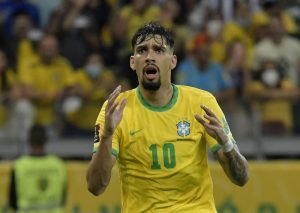 Obviously, that’s not to suggest Paqueta can’t play in another position, or indeed Howe doesn’t have the tactical flexibility to use more than one system, but it would seem strange to devote most of a summer budget believed to be in the region of £60-£80m on a player who wouldn’t appear to have a natural position.

What has been said about Lucas Paqueta and Newcastle?

Taking to Twitter in May, The Daily Telegraph’s Luke Edwards wrote: “I don’t think #nufc will be signing Lucas Pacqueta this summer. Too much money and not a position staff feel is a priority to fill. That was message a while back.”