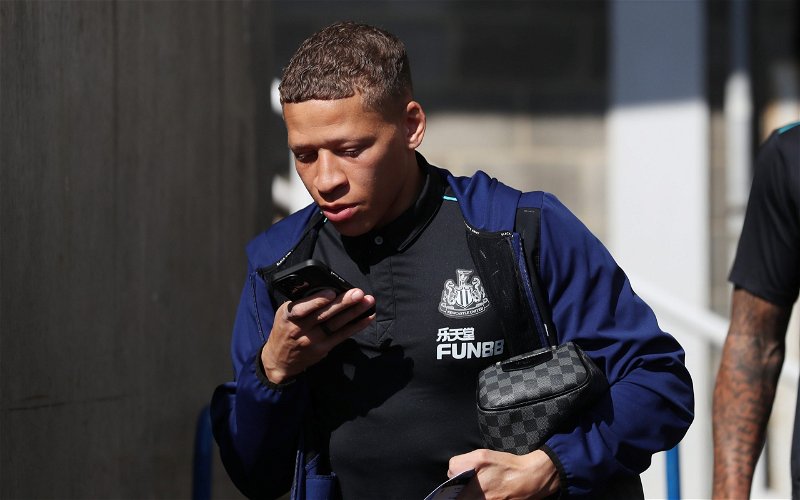 Middlesbrough remain “some way off” reaching an agreement with Newcastle United over a deal for Dwight Gayle, according to The Northern Echo.

Gayle is believed to be up for sale this summer, with the club reportedly having anticipated his departure on a permanent basis since 2017.

Indeed, Hugo Ekitkie’s potential arrival at St James’ Park could speed up that process, affording the 32-year-old an exit after a Premier League season in which he was afforded only 30 minutes of action.

Boro are thought to be keen on a move for the forward, who boasts a prolific record in the Championship, scoring 59 times in 100 appearances.

Still, while there is an interest on Teeside, Chris Wilder’s remain some way off a full agreement.

What could the hold up be?

While the report doesn’t disclose the reason, a difference in wages has previously been cited as part of the difficulty Championship clubs face when it comes to trying to sign the former Crystal Palace striker.

Indeed, back in December, journalist Alan Nixon tweeted “Gayle wages a problem for anybody” when asked about Boro’s chances of landing him. 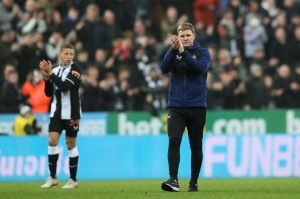 Back in 2019, meanwhile, West Brom’s technical Luke Dowling revealed the club could not afford to pay Gayle’s “Premier League contract” despite a successful season on loan at The Hawthorns.

With two years to run on a deal SpotRac claim is worth in the region of £40k-per-week, the idea of team in the second-tier paying a 32-year-old forward that does seem remote.

Sporting director Dan Ashworth is believed to be working on trying to work on shifting players out in order to make space in an already bloated squad, so surely the club will hope to find some sort of solution for Gayle.

What has Eddie Howe said about Gayle?

“Dwight’s been very good in his training and quite rightly deserves some sort of recognition from me,” he said (via The Sun).

“He’s someone I respect greatly — he’s a real leader of the group.