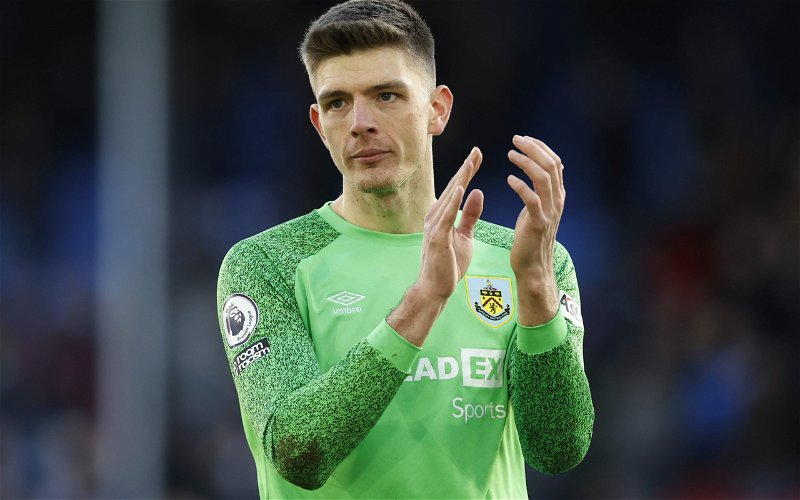 Eddie Howe has thanked the Newcastle United owners for the signing of Nick Pope.

While it’s hard to remember a time Newcastle had signed two players before the start of July, few would doubt the fact this summer has proven frustrating.

There have already been involved in protracted sagas regarding the pursuits of both Sven Botman (although that now looks as if it’ll be a success) and Hugo Ekitike, while Jesse Lingard’s wage demands are understood to have been too high for the club to consider.

Clearly, perspective is needed, although pre-season does soon start and it seems unlikely Newcastle will have signed a new striker, defender and right-winger (the positions in which Howe is reportedly looking to strengthen) by then.

At least, however, they have landed a goalkeeper.

Pope became the second signing of the summer on Thursday by penning a four-year-contract on Tyneside in a deal reportedly worth around £10m.

What has Howe said about Pope?

Speaking to the club’s official website after the confirmation of the England international’s arrival, Howe said: “Nick is an exceptional Premier League and international level goalkeeper so I’m very pleased to be adding strong competition to a very important position.

✍️ #NUFC are delighted to announce the signing of Nick Pope from Burnley on a four-year deal!

“There has been a lot of interest in him from other clubs this summer, so I’d like to thank our owners and everyone behind the scenes for getting us ahead of the competition. I’m delighted he is joining us as we prepare for the exciting challenge ahead.”

Are Newcastle’s owners taking the right approach this summer?

The fact they are not thought to be bowing down to what is said to be seen as a “Newcastle tax” (whereby clubs will ramp up their asking prices when interest from St James’ Park emerges) is a huge positive in the long-run.

While there are resources on offer, the fact is (via Luke Edwards) Newcastle cannot compete with other leading teams on the financial front until new sponsorship comes in and moves to lift concerns about FFP. Until then, it’s a matter of getting value for money all while strengthening the squad, which pretty much every deal to have been sanctioned in the PIF era has done, although there is a case to argue that the £25m spent on Chris Wood was too much.

Rome was not built in a day. It is vital we remember that.