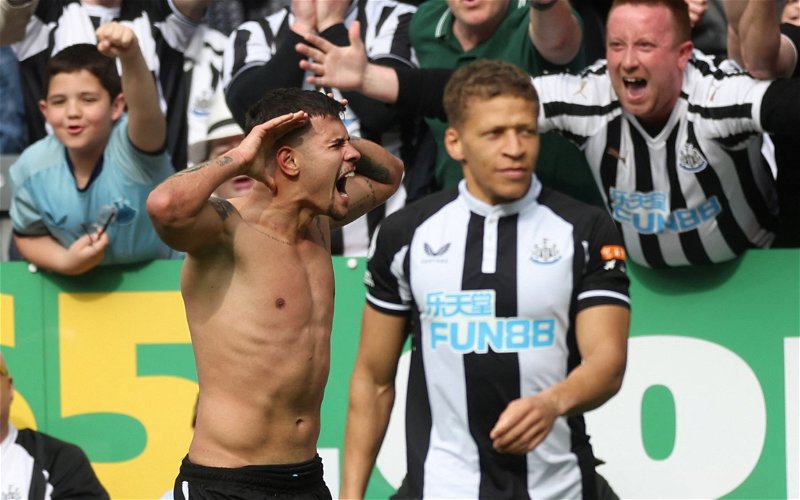 Dwight Gayle is expected to leave Newcastle United at the end of the season, according to The Northern Echo.

With the end of the season approaching, it seems decision-makers at St James’ Park are getting their house in order when it comes to expiring contracts.

Indeed, Fabian Schar recently extended his deal, Sean Longstaff has reportedly been offered a four-year contract and Paul Dummett is said to be close to extending his stay on Tyneside.

Gayle, however, looks set for an exit. Out of contract in the summer, the 32-year-old has only been afforded 106 minutes of action across all competitions this season.

Is the time right to part with Gayle?

Following the takeover, the club have be to looking at a higher calibre of options within the squad. While Gayle deserves a huge amount of respect for his Newcastle career after helping the Rafa Benitez team secure a quick-fire return to the Premier League, the former Crystal Palace forward has rarely convinced at the top level.

With the bulk of this summer’s transfer budget believed to be devoted towards signing a new forward, now looks like a natural time to move on. Chris Wood, Callum Wilson and a new signing will surely be enough in an attacking areas, particularly with Eddie Howe largely deploying a system with only one striker.

What has Howe said about Gayle?

Despite rarely playing him, Howe has been complimentary about Gayle.

“Dwight’s been very good in his training and quite rightly deserves some sort of recognition from me,” he said (via The Sun) after Gayle won the “Trainer of the Month Award.”

“He’s someone I respect greatly — he’s a real leader of the group.

“Dwight’s been pivotal in keeping that very positive.

“He is a big reason behind why the team is doing so well.”